In the aftermath of the last three days of vote counting, Labour now controls almost 70% of Malta’s local councils.

Four of the 47 localities now under Labour control changed hands by only a few percentages of votes.

Those localities were Siggiewi, St Paul’s Bay, Mosta and Valletta. 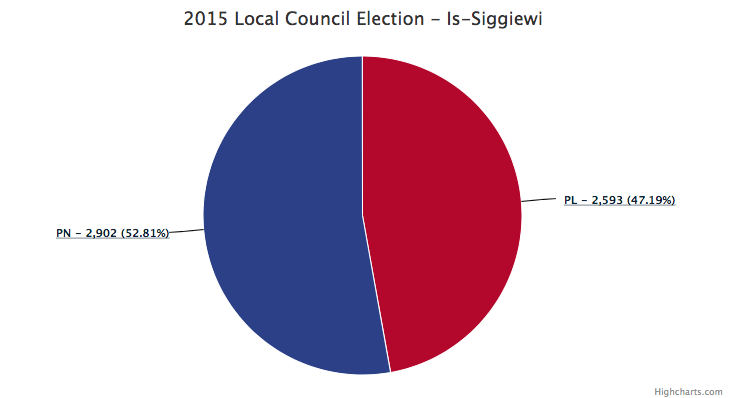 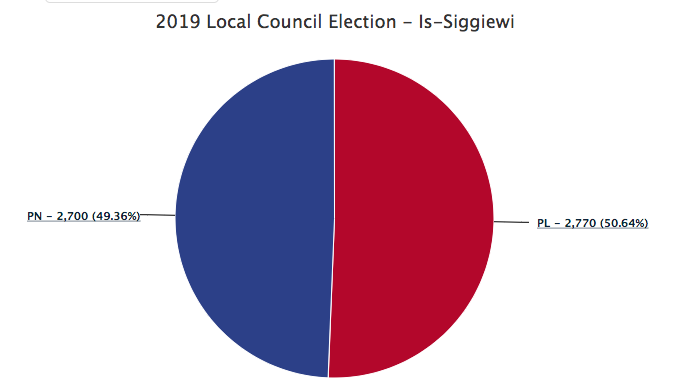 St Paul’s Bay is considered one of the Nationalist Party’s big losses during the elections. PN’s approximate 5% majority in the region during 2015, was picked up by the Labour Party this year. Interestingly, the third and smaller parties exchanged an approximate three percent margin in vote share in the region. Alternattiva Demokratika had won 3.54% of the vote in 2015, while the Partit Demokratiku took approximately the same amount in 2019. AD did not field a candidate in this year’s LC election. 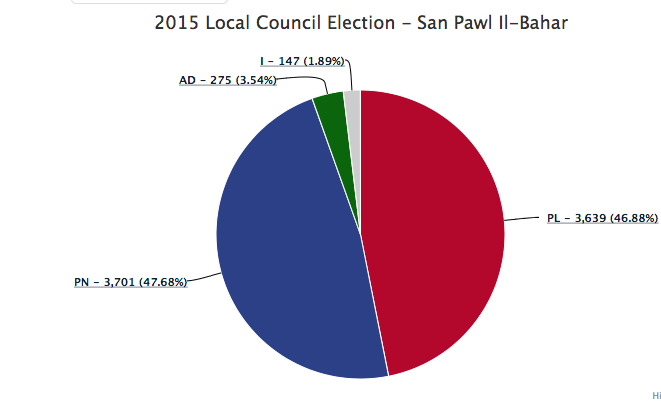 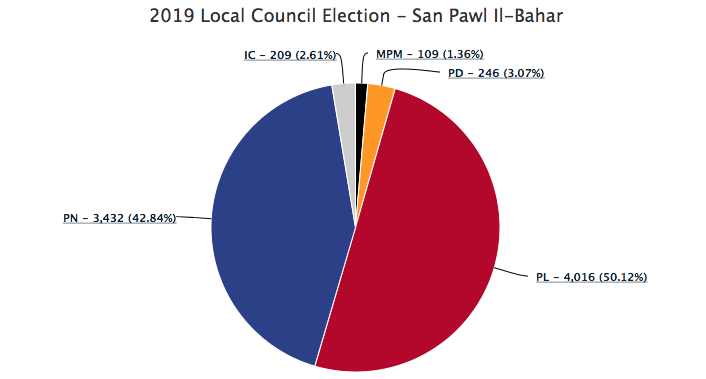 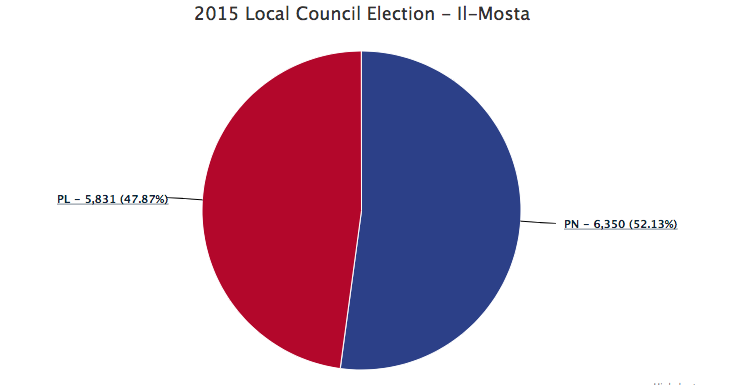 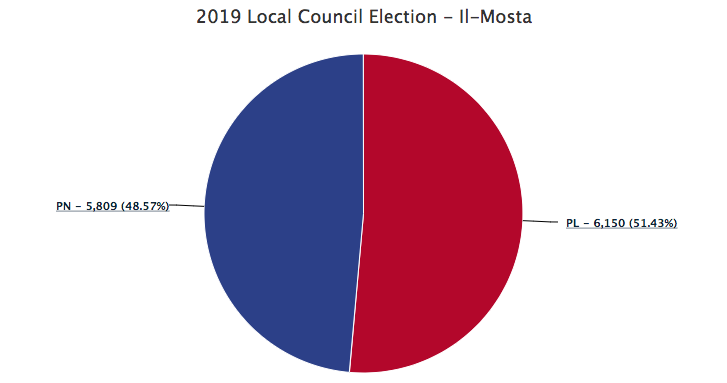 Interestingly, the 2012 local council result shows that the original approximate share of the vote was won by Independents 0.90% and the Alternattiva Demokratika 2.42% respectively. 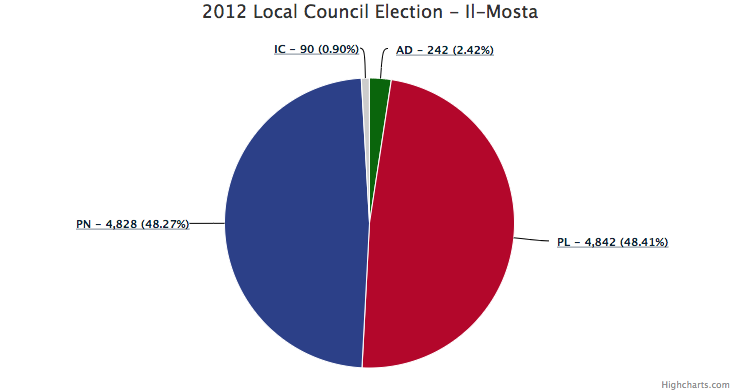 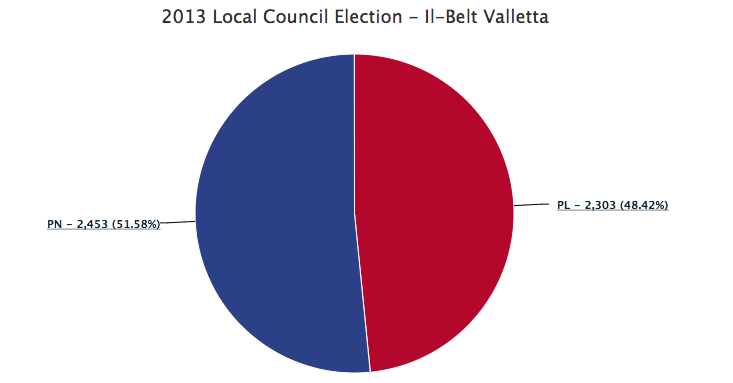 The Labour Party picked up 5% of majority, winning with 53.03, almost 5% greater than 2013. This time around Partit Demokratika also managed to win a share of the vote with 1% of the vote. 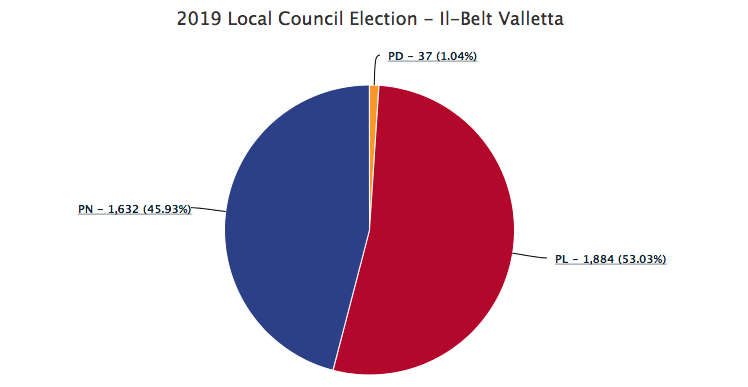 Interestingly, the Nationalist’s majority in 2013 was actually actually much smaller than the 2008. At that time, Independent candidates managed to take up to 4% of the votes. 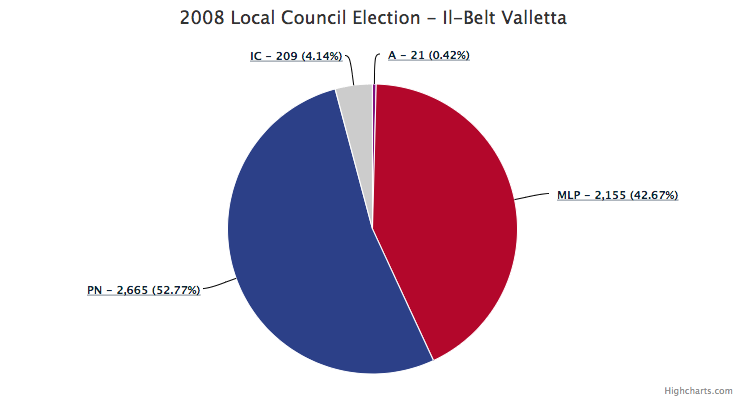 While the Labour retained many of their previous councils and managed to make gains from the Nationalists, the PN managed to hold on to 18 existing councils while gaining Munxar in Gozo. The party also lost two further localities in Gozo, Gharb and Zebbug. These locations are still to be decided. 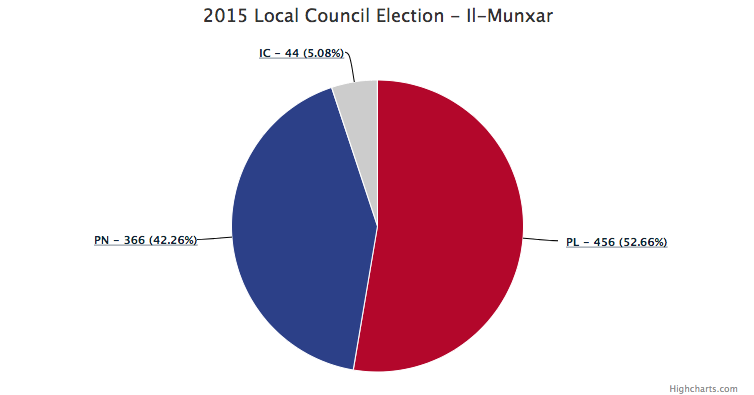 The Nationalists managed to win the locality by a margin of approximately 3% of the votes. 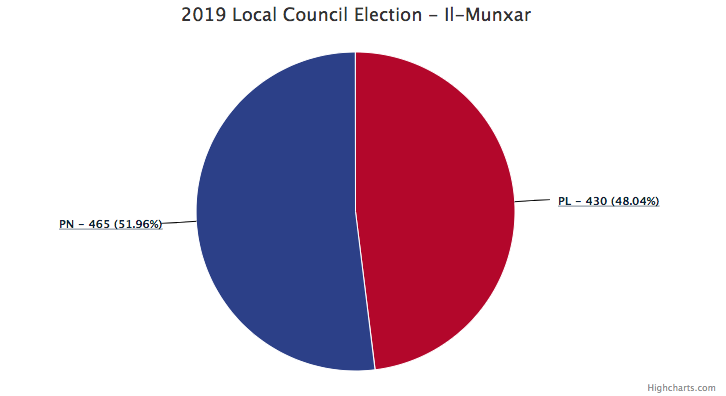 Formerly a strong Nationalist locality, Gharb’s former Mayor David Apap formed his own party Gharb L’Ewwel and managed to win 42% of the vote. This move effectively sucked the Nationalist’s majority. 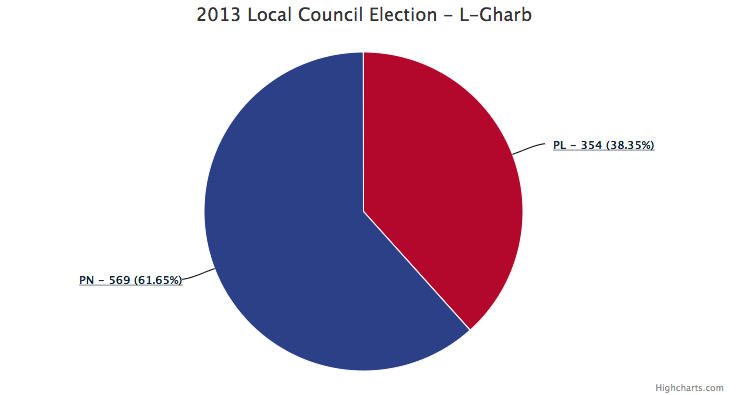 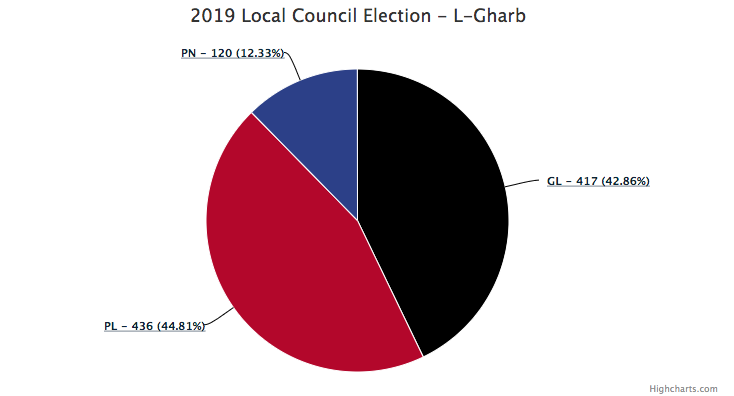 The Nationalists faired slight better in Zebbug Gozo where the Independent Candidates managed to pull 16% of the vote share from the PN and PL. This means that the election for Mayor is still unclear. 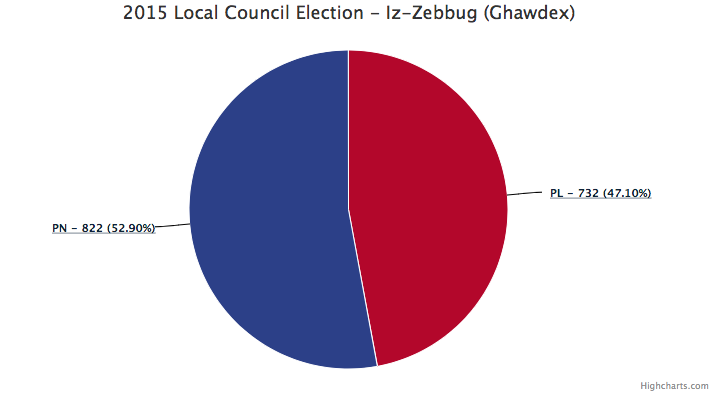 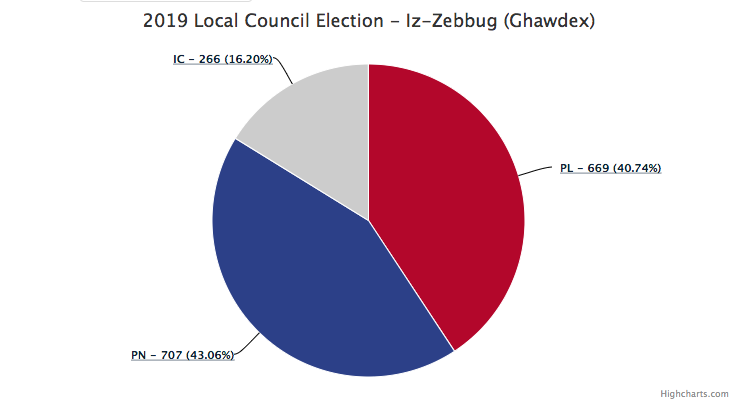 With the European Elections now over this is how the political map of Malta’s localities look: