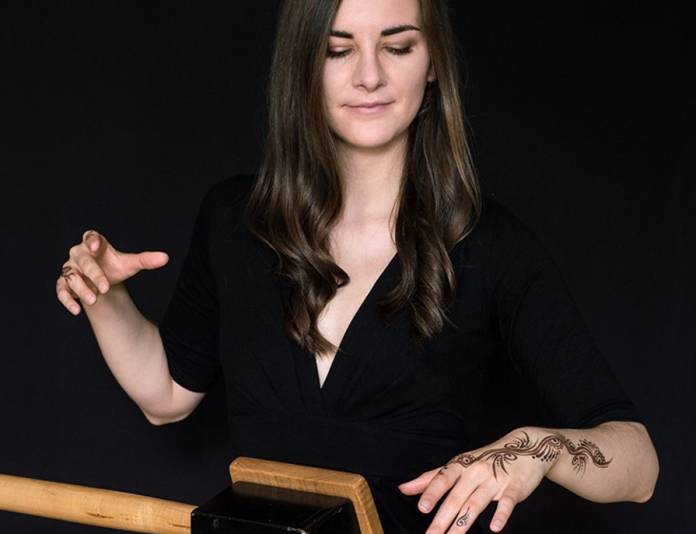 On Saturday 23rd November at 7.15 pm, the Gran Salon at the National Museum of Archaeology in Valletta will host a remarkable performance by one of the world’s best theremin players, Carolina Eyck.

This event is organised by Electronic Music Malta in collaboration with Heritage Malta and Black Box Pro and is sponsored by the German-Maltese Circle and the Goethe Institute.

The theremin is a most unusual musical instrument since it is controlled or played without physically coming into contact with any part of it. It works electronically and can produce sound when the performer moves his or her hands through the invisible electromagnetic fields that the instrument produces. The sounds which emanate from the theremin are quite unique, often compared to squealing or wailing, creating an eerie atmosphere.

The instrument is named after its Russian inventor, Lev Sergeyevich Termen, or Léon Theremin as he is known in the United States. When he came out with this instrument in the 1920s, it was quite a sensation. The theremin was used in the soundtracks of some popular movies including Alfred Hitchcock’s ‘Spellbound’ (1945).

In this event, German-Sorbian musician and composer, Carolina Eyck, will bring music from her newest album ‘Elegies for Theremin & Voice’. This concert celebrates the album’s release and the centennial of the invention of the theremin. The album features Eyck’s inventive original compositions and improvisations — a meditation on mortality and loss. The concert will utilize a surround sound system, allowing Eyck’s theremin to break free and fill the space, in sync with the movement of her dance-like performances.

Young Maltese singer-songwriter Yasmin Kuymizakis, better known as YEWS, will start off this event with a short performance.

John Paul Cordina   August 7, 2020
A €50 fine will be levied on those who refuse to wear a facemask where required, in crowded places such as buses, shops and the Gozo ferry.