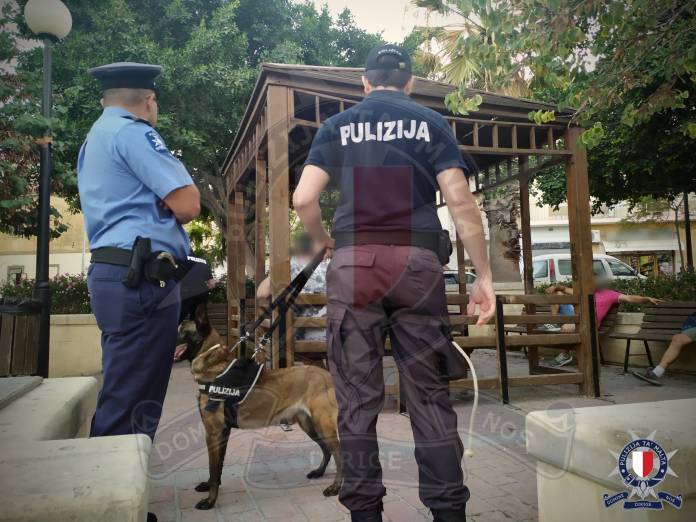 Ħamrun District Police found small packets in Spencer and Belvedere Gardens in Marsa, possibly containing traces of illegal substances. This was during inspections being carried out during the night in public gardens, and the streets of Ħamrun and Marsa.

In a statement, the Police explained that the packets were confiscated. They were found with the help of the K9 Unit.

5 people were also picked up for alleged solicitation and prostitution, in the area of Triq is-Salib tal-Marsa. Rounds also included shop inspections, of which a number were operating outside the opening hours permitted by law. These were immediately asked to close.

On a Police round in Triq Belt il-Ħażna, a number of abandoned vehicles were spotted.

The Police then went on to tack notifications onto these cars. The notification instructed owners to move their vehicles due to possible endangerment. The Police talked to the owners to explain that these vehicles must be moved.