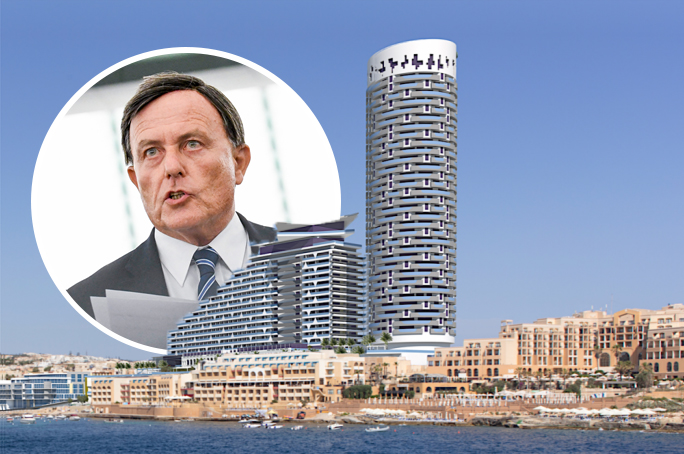 Labour’s Head of Delegation and MEP Alfred Sant described the recently approved 38-storey tower as a “huge mistake” which follows a series of disasters that includes Chambrai, Tigne Point and Smart City.

Sant said that such projects followed a model in which government gives land at a very cheap price which has been described as a “pittance” according to the MEP against a commitment to generate touristic activities including the generation of jobs and economical activity. From such projects, Sant explained, a number of luxorius apartments that would be then rented out to high net worth individuals.

Sant was writing in his weekly blog with The Malta Independent where he mentioned that such projects have consequences on the environment, infrastructure, heritage and the quality of life, all of which were ignored in such projects.

Sant said that he believes that it was time for Malta to revert back to the incentives policy for tourism which were in force during the 1960s and 1970s.

The Planning Authority board approved the db project proposal on Thursday 20 September, the proposal includes a 38-storey high rise building with 10 members including the Environment and Resource Authority Chairman voting in favour of the project which roused the ire of Pembroke residents as well as non-governmental organisations, and local councils among others.