The European Cockpit Association, representing over 40.000 pilots in Europe extended its support to the 69 pilots of Air Malta, who were dismissed by the company in June 2020. In a statement issued the ECA said that the treatment of Air Malta’s pilots is a stark example of COVID-19 being used as an excuse to undermine worker’s rights and that it must not be tolerated.

According tot the Association Air Malta has not conducted a proper consultation process as required by EU legislation and ‘contrary to EU law, the jobs of Air Malta are being replaced by self-employed crews, recruited by a UK agency, following Air Malta’s decision to allegedly transfer charter operations to the Med Air’, explained the ECA. 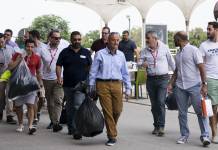 It was also mentioned how in other jurisdictions such as the Netherlands, Spain and Belgium, judges have annulled the dismissals when employers have not respected statutory collective dismissal procedures.

“It is not acceptable that the Maltese authorities themselves facilitate replacing direct employment with precarious atypical jobs via foreign broker agencies through self-employment” stated Philip von Schöppenthau, ECA Secretary-General. 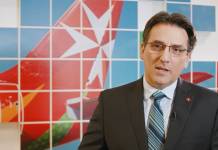 The European Cockpit Association has urged the Maltese Government to resolve the issues with Air Malta, using EU funds and any other means available, in order to provide fair support for the duration of the crisis. ECA also called on the Government of Malta to ensure that the rights of workers, including pilots, are respected. 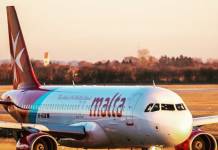