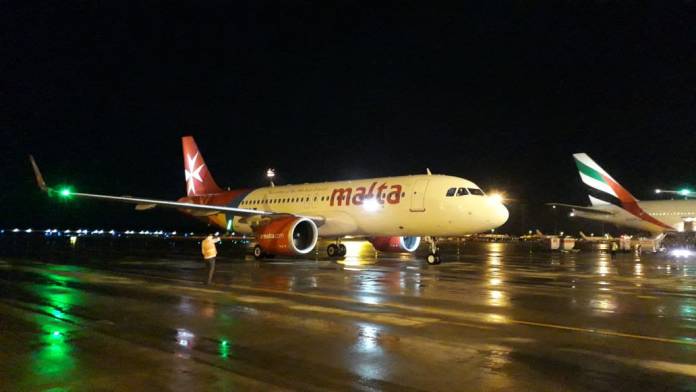 Air Malta announced it has operated its first ever flight to the Indian sub-continent on a humanitarian repatriation mission which took 110 Indian nationals home.

The flight was divided in two sectors flying from Malta to Dubai then to Cochin, Kerala India.

In a statement Air Malta said that the repatriation was operated with a brand-new Airbus A320neo aircraft with registration, 9H-NEB, and flown by a compliment on eight flight and cabin crew members.

The Maltese national airline said that it was an emotional flight for many of the passengers onboard with many of them expressing their gratitude to the crew and saying ‘Grazzi’ for operating the flight.

Over the last few months, Air Malta flew some 200 repatriation flights on behalf of the Government of Malta.