The Airline Pilots Association’s (ALPA) members have voted overwhelmingly in favour of taking industrial action, including possible withdrawal of service. This is because Air Malta “is negotiating in bad faith”.

ALPA said this in a statement, outlining the numerous concessions attempted over the past few months. It added that such concessions would have allowed the airline to weather the Covid-19 pandemic.

On 5th June, Air Malta fired 69 out of 134 pilots after having reassured the Association that no pilots would be made redundant. A few days prior to the reassurance, the Chairman of the company Charles Mangion is on record having declared that the current financial packages regulated by the current Collective Agreement would remain untouched.

The statement continued to outline that proposals, described as ‘final’ by the company, were inexplicably withdrawn hours prior to a vote. This vote was being taken at an Extraordinary General meeting of the members of the Association, which meeting had already been convened for this particular purpose.

Subsequently, ALPA was requested by the company to forward its own proposals, which were sent on 11th July. To date, the company has not provided its views in this respect. ALPA described this as “ a clear attempt to further stall the negotiation process”. 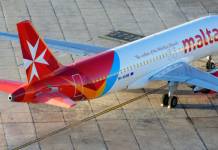 Accordingly, ALPA has registered a number of industrial disputes relating to breaches of members’ conditions of employment. These include the unilateral and arbitrary termination of employment, breach of rights enshrined in the Collective Agreement currently in force, as well as the irregularities relating to the negotiation procedure preceding the declaration of collective redundancies.

The Association said that “it is clear that Air Malta is negotiating in bad faith and that its only interest is to undermine collective conditions of employment through opportunistic and predatory behaviour.”