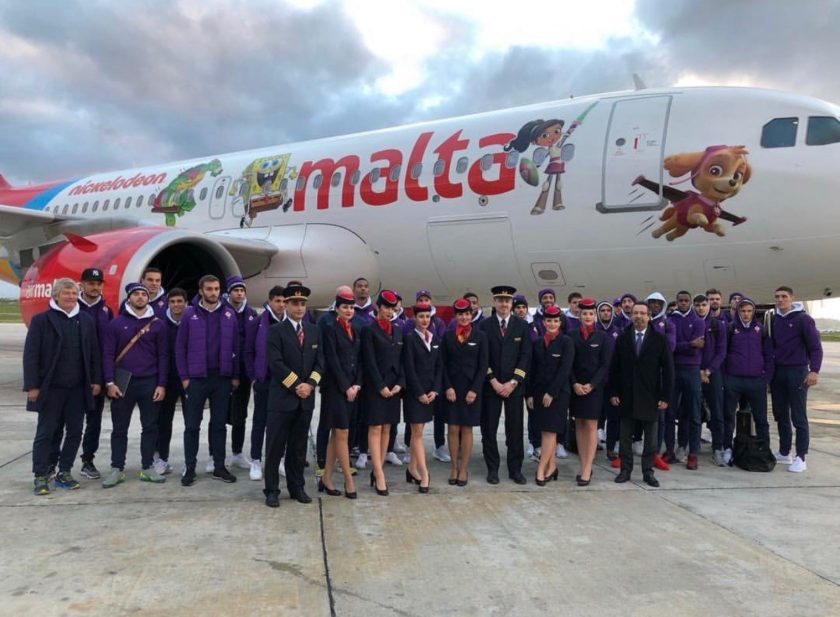 Air Malta has started the New Year on a high note by being the first airline to land an Airbus A320neo at Florence’s Peretola airport and having the honour of hosting on board the Italian Serie A football team Fiorentina.

This special flight to and from Florence’s airport was made possible after technical studies were undertaken by Air Malta’s Flight Operations team. As no A320neo has ever operated into Florence, the team, together with the operating crew, had to conduct calculations and assessments to seek approval from the Florence Airport Authority prior to be able to fly and operate into this airport.

This achievement was also noted by Airbus, the manufacturers of the A320neo, who have written to Air Malta to congratulate the airline on this achievement and be the first airline to operate with this type of aircraft into Florence airport.

The Fiorentina team’s visit in Malta generated a lot of enthusiasm amongst the Viola Club Malta supporters and football lovers all over the islands and culminated in a triangular tournament with Maltese Premier League sides Hibernians and Gżira United.

Whilst Europe was experiencing a very cold spell with heavy snow falls in many cities, the team was greeted with blue skies throughout their stay on the Maltese Islands. This permitted the club to undergo intensive training at the Malta Football Association’s Training Grounds in Ta’ Qali.