Air Malta’s flights to and from the United Kingdom will continue their operations so that Maltese nationals and residents can return home. This is in line with the government announcement earlier today.

The Maltese government announced that as of tomorrow, Tuesday 22 December, flights to and from the United Kingdom will be suspended. However, Maltese people and individuals residing in Malta will be able to return. 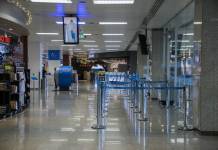 However, a PCR test not older than 72 hours before arrival must be presented. Moreover, they will also be subject to testing on arrival. Quarantine for 14 days is mandatory.

The national airline said that passengers travelling to the UK will be required to self-isolate for 10 days upon arrival.

The company said that non-Maltese nationals and non-residence permit holders requiring to travel for essential reasons need to obtain an authorisation from the Superintendent for Public Health by sending an email to covid19.vetting@gov.mt.

French firefighters in Dover with 10,000 Covid tests for lorry drivers