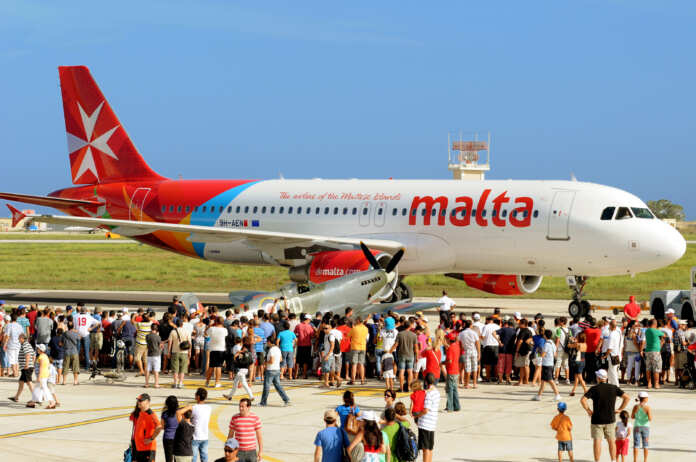 Air Malta expressed its surprise at the comments given to the media by ALPA, the union representing its pilots. The Union said that the airline does not have enough pilots, saying that the ‘airline was regularly rostering crew to fly to their maximum legal limits’ which led to an ‘unprecedented level of fatigue being recorded’.

The airline released data which showed that the Air Malta pilots fly an average of 650 hours yearly, which according to the airline was well below industry standards and the legal limit.

The airline reacted to the comments made by ALPA in a statement, saying that there were enough pilots to operate its schedule and blaming the delays that were experienced over summer on a number of flights due to the union members which showed inflexibility to any roster changes.

According to Air Malta the airline is paying the captains an average of €360 for every denied off-day as per the collective agreement reached. Air Malta also said that it had investigated the allegations made by the union that there were Flight Time Limitation breaches, with the airline finding that this amounted to less than 0.2% and was due to human error and IT issues. Air Malta further explained that the mistakes had been identified before the flights were executed and corrected with mitigating actions.

Changes to Gozo Channel schedule due to coronavirus