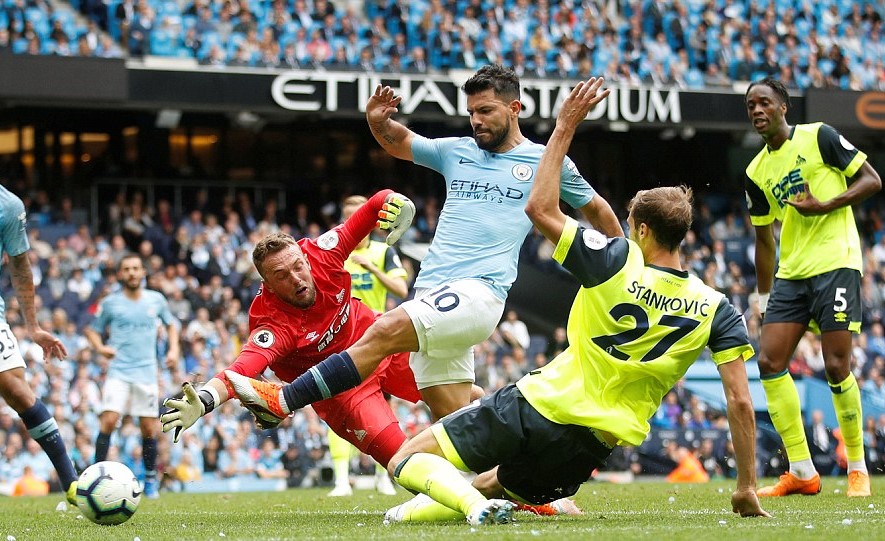 The reigning Premier League champions scored six goals past Huddersfield at the Etihad Stadium and are now top of the table with two wins in a row. Sergio Aguero gave Manchester City the lead after 25 minutes before Gabriel Jesus added a second 6 minutes later. The ruthless Argentine striker made it 3-0 for Pep Guardiola’s team but Huddersfield managed to score a goal in the 43rd minute thanks to Jon Stankovic.

Manchester City extended the lead when David Silva made no mistake from a free-kick as the Spanish midfielder piled more misery on Huddersfield. Aguero completed his hat-trick with 15 minutes to go but Manchester City kept on pushing for more goals and achieved their 6th when Sane’s shot was deflected by Terence Kongolo inside Huddersfield’s net.