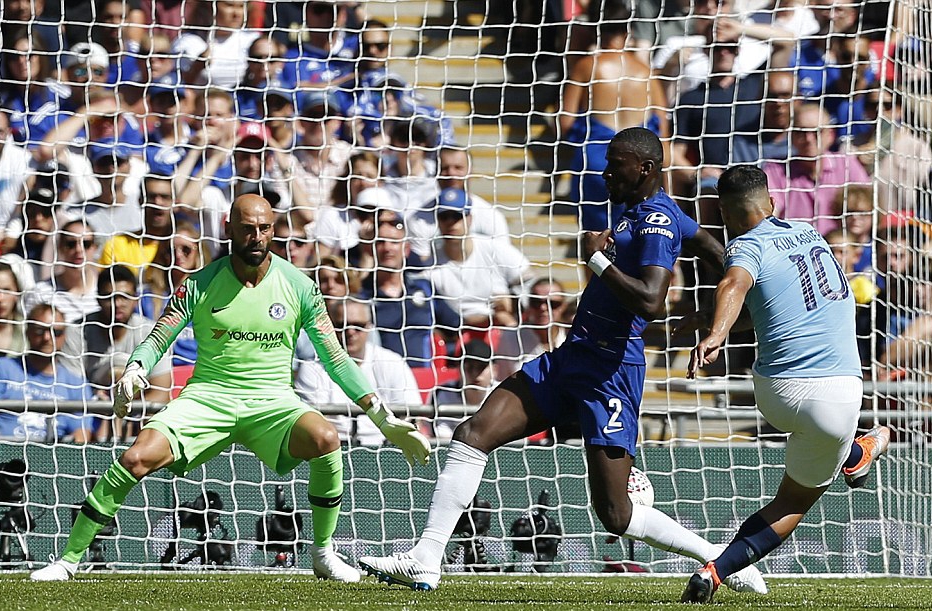 Sergio Aguero scored two goals to help Pep Guardiola lift his first Community Shield. Maurizio Sarri was aiming to win his first trophy at Chelsea but the Argentine striker struck in each half to give an important win ahead of the new season.

Manchester City were the better side throughout the whole 90 minutes as Chelsea failed to create important goal scoring chances. The reigning Premier League champions were missing players of Kevin De Bruyne’s calibre but 18-year-old Phil Folden was a constant threat when going forward. There were cheers from the Chelsea supporters as Alvaro Morata was substituted. The Spanish forward had a disappointing match and struggled against Manchester City’s defenders.