The agreement signed with a subset of the investors from VGH prior to the request of proposal before VGH was awarded the concession to operate three state hospitals cannot be found, Prime Minister Robert Abela told reporters on Friday morning.

VGH had won the concession to run three state hospitals, St Luke’s, Karin Grech and the Gozo General Hospital, but the concession was later transferred to Steward Health Care.

Earlier this week when the Auditor General published its report on the concession deal, said that immediate concern was the agreement that parties representing the government reportedly entered into an agreement prior to the request for proposals (RfP) with a subset of the investors of the VGH. The government was reluctant to give the NAO the said agreement.

On Friday Prime Minister Robert Abela said that he was informed that document was not found after he asked for a copy.

The Auditor General raised his concerns about the concession deal. He found that the hospitals’ privatization deal was predetermined saying that documents provided “proof of collusion with government or its representatives”.

The NAO also stated that there were grounds for disqualification of VGH from
the RfP.

The Auditor General noted that no one shouldered responsibility for this decision.

Abela insisted that disgraced former prime minister Joseph Muscat had already shouldered the highest political responsibility for his “mistakes”. He remarked that since the situation concerning Muscat and disgraced former minister Konrad Mizzi were different, there was also a difference in the action taken.

Abela insisted that one should keep Vitals Global Healthcare and Steward Healthcare separate.

He concluded by saying that the conclusions of the NAO report were significant and that he will learn from “past mistakes”. 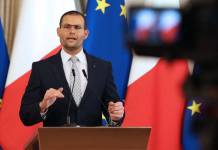