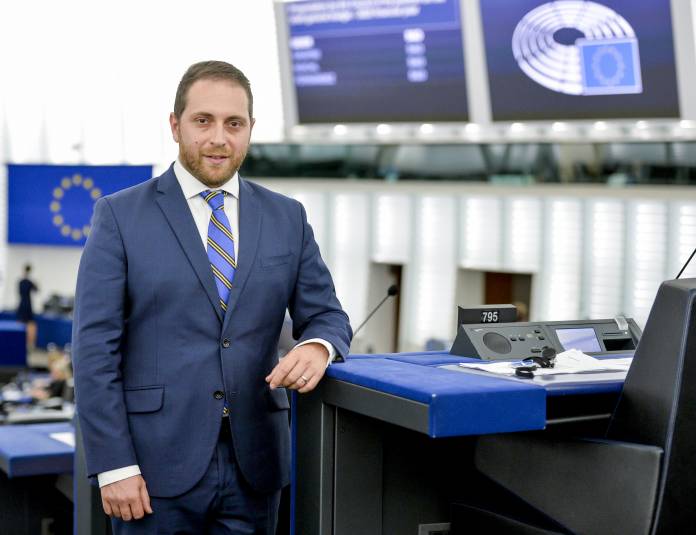 PL MEP Alex Agius Saliba could make a big name for himself this year according to news site Politico.

On Monday Politico said that the European Parliament is “younger, more diverse — and more divided — than ever.”

It then proceeded to list 20 MEPs to watch in 2020. Alex Agius Saliba was one of them.

Why was he listed?

“Saliba will work on what is already one of the mandate’s most high-profile technology files while navigating a new environment. The Maltese MEP will have to deal with an intense amount of lobbying from the private sector, which has already started. His report will set the tone on an issue that is already described as more controversial than the copyright reform.”

“I would like to thank Politico Europe for recognising my work at the European Parliament and for listing me as one of the ’20 MEPS to watch in 2020′,” said Agius Saliba reacting to the article.

“I am honoured that as a newly elected MEP, I have been entrusted with this crucial and unique report that will shape the way the internet and the digital services look like in the future. It is a pivotal moment where we decide what we want to do and how to forge ahead in the digital world.”

“It will certainly be challenging, and it will not lack diverging opinions, but I am up for this task, and I will keep working for a better Europe for our citizens,” commented Agius Saliba.

‘Same judgement should apply to any govt system’; Sant abstains on Bulgaria vote