The Malta Financial Services Authority has directed two subsidiaries of Nexia BT – whose owner Brian Tonna was arrested earlier this week – to refrain from taking on new clients or from providing additional services to existing ones.

Tonna was arrested along with disgraced former PM’s chief of staff Keith Schembri and Karl Cini, Nexia BT’s tax and international client services partner, in the wake of the conclusion of an inquiry into allegations that Schembri received kickbacks on the sale of passports with Nexia BT’s help.

Earlier in the week, Nexia BT’s licence to sell passports was revoked by the Malta Individual Investor Programme Agency. 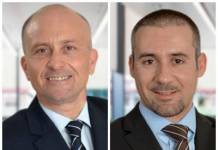 On Thursday, the MFSA published notices against two companies – BT International and BTI Management – which are wholly-owned by Nexia BT and which share its San Ġwann address.

The notices prescribe the same action against both companies, which, the authority determined, were not in a position to continue servicing their clients whilst adhering to the applicable legal requirements.

Both have thus been asked to:

Nexia BT has been the subject of controversy ever since the Panama Papers revealed its role in setting up offshore structures for Schembri and former minister Konrad Mizzi, who was politically responsible for major government projects during Muscat’s term as PM.

But the action against BTI and BTIM mark the first regulatory action taken by the MFSA against the firm.