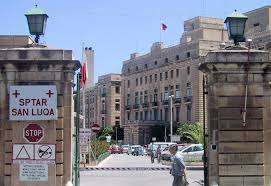 The once-missing memorandum of understanding signed between Vitals Global Healthcare and the government ahead of the controversial hospitals concession has failed to allay any of the numerous concerns raised by the Auditor-General in a damning report earlier this month.

In its report, the National Audit Office had cited the signing of the MoU as it argued that there had been collusion between the government and Vitals ahead of the request for proposals that led to the concession.

The NAO could not review the MoU itself as it had gone missing, however, prompting Prime Minister Robert Abela to order an intensive search within government premises which ultimately proved successful. 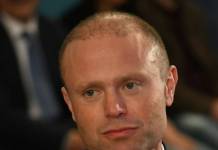 The document was subsequently passed to the NAO, which refused to publish it as it felt it was not its remit to do so. The government has also kept the agreement secret. 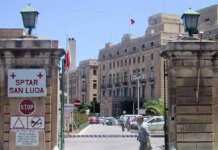 But having reviewed the MoU, “the NAO affirms that all findings and conclusions reached in its initial report remain unchanged, with concerns highlighted therein substantiated by the facts brought to the fore.”

MoU and request for proposals ‘one process’

The office expressed its opinion that the agreement and the subsequently issued request for proposals could be considered as one process, citing significant overlap between the investors and the owners of Vitals.

Secondly, the nature of the project remained unchanged, “as the refurbish and operate model was retained, revenue by the government always guaranteed in the envisaged long-term agreements, medical tourism underpinned feasibility, and the construction of Barts Medical School a central requirement throughout.”

The only difference, the NAO said, was the reduction in the planned number of beds at the Gozo General Hospital, a reduction which “was more than compensated for through the inclusion of St Luke’s Hospital and Karin Grech Rehabilitation Hospital.”

“The overlap in terms of the nature of the project and the identity of the Investors is evident and strongly supports this Office’s understanding of a process that was staged and deceitful,” the office said.

The NAO also said that while the MoU may have provided an insight into certain developments that took place prior to the request for proposals, multiple gaps in information persist.

Most notable among them are related to “identification of the Investors, the negotiations held leading to the MoU and the negative outcome of the due diligence undertaken by Malta Enterprise with respect to the Investors.”

But is highlighted that despite the lack of information provided to the office concerning the negative outcome of the due diligence, the NAO’s concerns emerged when one considered that “irrespective of the critical risks flagged, the government persisted in negotiations with investors that, for the most part, remained unchanged when granting a concession to operate three public hospitals a few months later.”

When contacted by Newsbook.com.mt, ahead of the latest update by the NAO, Steward would not be drawn on commenting on the office’s findings, beyond stating that it was aware of it.