The Malta Union of Teachers has engaged in a fresh round of discussions with the Education Ministry on the imminent reopening of schools after declaring that talks which went on for weeks had failed.

The union made its announcement after holding a meeting with Prime Minister Robert Abela, Education Minister Owen Bonnici and other senior government officials whose outcome was inconclusive.

The MUT’s council, which met yesterday in the wake of the union’s declaration that discussions with the ministry had failed, is meeting again on Thursday afternoon.

“The MUT understands the urgent need for certainty, and is doing all that is possible at this delicate stage,” it pledged. It emphasised that it was seeking to safeguard the health and safety of educators, children and their families. 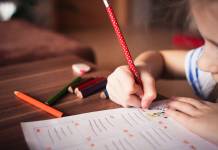