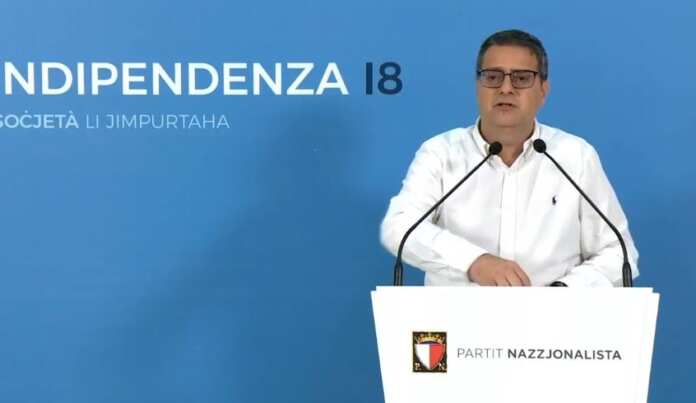 During a public dialogue in Sannat Gozo, Opposition and Partit Nazzjonalista leader Adrian Delia voices his concern on how the Government pawned the residents’ health safeguards in Gozo by selling the service to Vitals and how a life was lost because of an inoperative air ambulance and how the relatives of the victim are definitely not feeling that this is “l-Aqwa Żmien”.  He said that the government fails completely on the health front in Gozo.

Delia also reassured the Munxar residents that the PN will not allow them to go through the trauma of having to host an Organic Waste Disposal site in the area as the Government is planning. He then turned to the Gozitan students that travel to Malta for their students and whilst praising the Church hostel initiative also reminded them that the current Government is treating them nothing better than second-class citizens.

Referring to MEP Ana Gomes, Delia highlighted the fact that she confirmed that the Maltese FIAU counterpart in Latvia had sent information on the ownership of the company 17Black company to Malta but the Government has decided to it.

On Monday Adrian Delia will be in Court continuing the battle for the publication of the full Egrant probe documents.