Alternattiva Demokratika spoke against the Partit Nazzjonalista’s idea, spearheaded by new Member of Parliament Ivan Bartolo, about having an application which does contact-tracing for coronavirus. It said that this would be used by a totalitarian regime, and would merely breach the trust between the public and its authorities as it is an invasion of privacy.

In a statement issued by AD, it said that the coronavirus pandemic should not be used as an excuse to introduce invasive technologies which force the entire population to be monitored continuously through their phones.

Ralph Cassar, AD Secretary General said, ”It is worrying that in the space of barely a month, in Parliament, on some media outlets and now during an official PN press conference, entrepreneur MP Ivan Bartolo has been peddling mass surveillance technology and wearable geolocation devices on the pretext that it will contain the coronavirus pandemic. He is making the assumption that what is possible through technology is inherently right. It is not.”

Cassar went on to call out Bartolo for creating panic and paranoia in suggesting collecting massive amounts of data on people’s whereabouts, who they hang out with and their daily routine.

He raised the questions, “Why should we trust that the data collected is used responsibly? Why should people be made to wear, buy or used technological devices provided by the state? What guarantees are there such that such blanket surveillance will not become a new normal and used for other purposes? Who will own people’s personal data?”

Cassar called this proposal a quick fix and said that the spirit of cooperation amongst the public in controlling the pandemic should be trusted through implementing new measures if need be, and not introducing new technologies which impinge on fundamental rights.

How smartphone apps can help ‘contact trace’ the new coronavirus 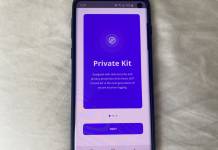 150 protesters arrested in the Netherlands