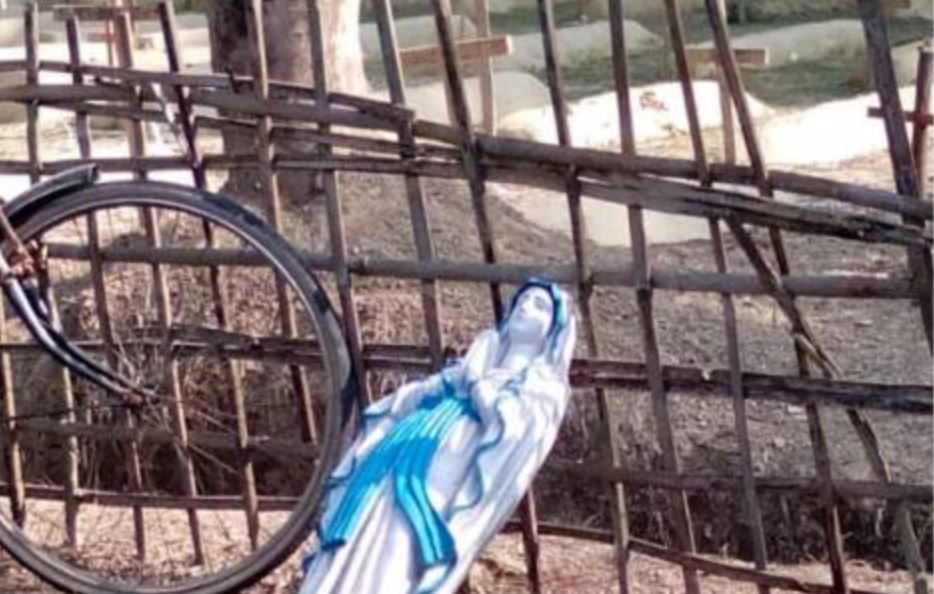 On December 15th vandals entered the complex of the Catholic church of St. Thomas in the village of Chapatoli, in the diocese of Dibrugarh during the night, broke a statue and a Marian monument into pieces, damaging the crucifix and devastating the church.

The local community is in turmoil and the police have stopped two suspects. Local politicians have expressed solidarity with the Christian community, promising contributions to repair the damage.

Bishop Joseph Aind, at the head of the diocese of Dibrugarh, condemned the attack and requested a thorough investigation.

The Bishop said that “some groups try to sow hatred and discord in society”, recalling that in the area the faithful of all religions have always coexisted in peace and harmony: “Only external forces with their own interests can introduce such seeds of hatred”, he said, asking the government to “guarantee security for Christians, especially during the Christmas season”.

“The polarization caused between religious communities is evident. First of all the objectives were foreigners, then Muslims, now Christians. In Uttar Pradesh, in Assam, in northern India, the impunity guaranteed against the violent aggravates the situation: the Catholic Church is weak and poor and therefore defenseless. The secular character of India is at stake.”

Those words came from John Dayal a journalist and lay, Catholic leader, in comments to Fides News Agency, published on December 17, 2018.

“There is a constant increase in episodes of vandalism and attacks on Christians and Church property at Christmas”, said Abraham Mathai, President of the “Indian Christian Voice” association. Meanwhile, “Waster India”, NGO in Mumbai, has submitted a petition to the Supreme Court asking the court to invite the governments of all the Indian states to provide adequate security measures for the upcoming Christmas celebrations.