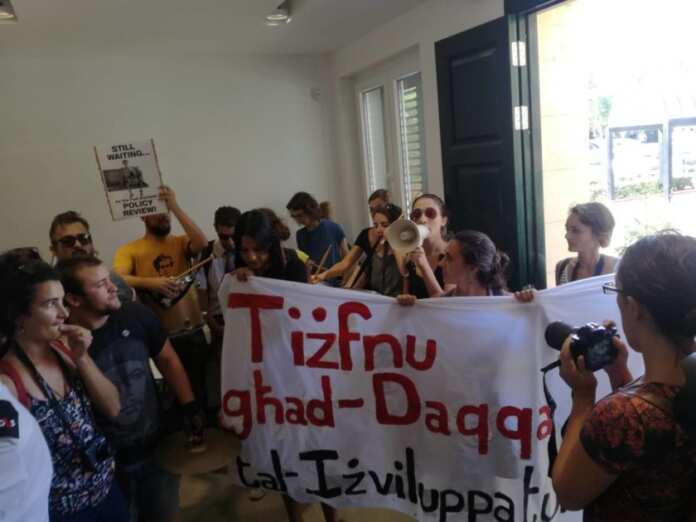 An application for a new petrol station in Żejtun was rejected a few hours after activists stormed the Planning Authority’s building to protest it’s discussion.  Police ended up dragging some of the protesters out of the building, with some of the activists suffering minor injuries in the scuffle.

The protesters seek to emphasize the PA’s broken promise of reviewing the Fuel Service Station Policy which was made nine months ago, and has yet to be honoured. That being said, the particular petrol station application spoken about during the protest has been denied.

The activists insisted that the current policy permits the construction of large petrol stations on natural and agricultural land, despite their ODZ label. They called for a hiatus on all pending applications until the policy is revised.

In April, the Environmental Resources Authority (ERA) presented their revision of the policy and specifically suggested that new petrol stations not be allowed on ODZ land. The activists went on to explain that the PA stopped the revision process, and opened a public consultation last July, three months after the revision. This means that there is no chance that this will make it to Parliament before October.

In this particular case, the activists have remarked that the PA is doing everything to facilitate development. Instead of refusing the 3,000 square metre development in the initial meeting on the 2nd August, the board postponed the meeting to give the developers more time to justify their case.

A police spokesperson confirmed with Newsbook.com.mt that an argument was sparked during the protest and members of the Rapid Intervention Unit were called to the scene to dispel it.