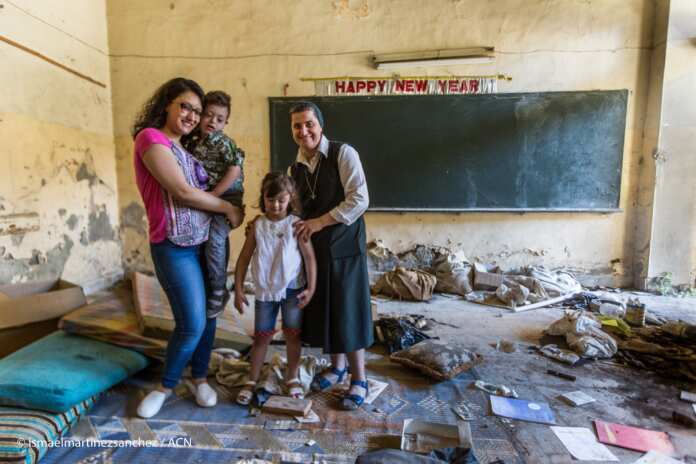 Aid to the Church in Need (ACN) Malta urged the public to join their lent campaign for an education project aimed to assist children in Syria. In a statement on Tuesday, the ACN explained that the campaign involves provision of scholarships, stationary, transportation, school supplies and operating costs to Syrian children protracted civil war. The campaign is being supported by Fr Reuben Gauci, the Coordinator of Spiritual Development in schools, Sr Alexandra Chircop of the Secretariat for Catholic Education and Mr Joe Farrugia, the Archbishop’s delegate for the laity.

The ACN explained that children in Syria had fell victims of an eight year long war with little or no chance of fulfilling their potential. Quoting Pope Francis, ACN explained that children spent most of their lives looking at rubble instead of schools. The statement delved into the statistics saying that the education system lost 150,000 of its professionals, including teachers, 1.7 million students are out of school while 5.8 million children from pre-school to the secondary level are in urgent need of educational assistance.

ACN said that it is counting on the generosity of persons of goodwill for their upcoming campaign to be a success.

One may donate by visiting the organisation’s website, or by making a bank transfer to APS Account Number 20001771733 or send a cheque addressed to ACN Malta to: Aid to the Church in Need, 39b, Mdina Road, Attard, ATD 9038. One can also contact ACN on 21487818 for more information.