In a statement, the NGO  said that Abela seems to be opposed to anything that will shed light on the dirty deals made by his predecessor.  It added that the Prime Minister reinforces his promise of “continuity” to Joseph Muscat by protecting Konrad Mizzi and Keith Schembri, and ensuring that they are not arrested, questioned, and prosecuted. 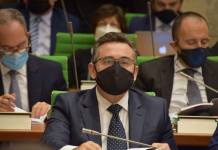 Occupy Justice insisted that his describing a public inquiry as a show is shameful – “most definitely not befitting a Prime Minister.” It reminded that Abela should be the one fighting to eradicate corruption and promoting clean politics, and that he should have the well-being of each and everyone at heart.

“Instead, he insists on giving press conferences mask-less, whilst (ironically) masking the wrongdoings of the previous administration,” the statement read.