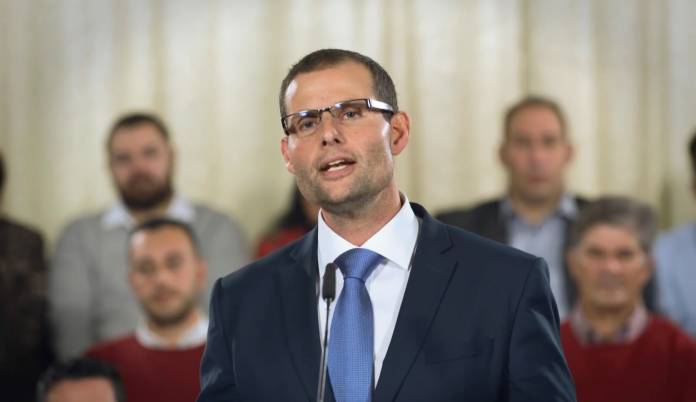 PL leadership candidate Robert Abela filed a complaint alleging vote tampering in the upcoming internal election, according to The Times of Malta.

The Times said that the Partit Laburista “received a formal complaint on alleged tampering in the vote to elect a new party leader, calling for a formal investigation.”

It said that unnamed party sources alleged that “an incident at the Labour Party headquarters, in Ħamrun, on New Year’s Eve sparked concerns that one of the two candidates in the leadership race was meddling with the official register of those eligible to vote.”

The paper quoted other unnamed party sources who said that the issue “was being blown out of proportion”.

According to the Times, three of Chris Fearne’s canvassers were inputting details for about 200 party supports who “had fallen behind in their membership fees.”

The election between Chris Fearne and Robert Abela will be taking place this Saturday.

The Times quoted a PL spokesperson who said that the electoral commission can assure that the process is being conducted in a fair and diligent manner.

On Facebook, PL CEO Randolph De Battista said that he had full faith in the PL’s employees and volunteers. He said that thousands of euro were spent in a new membership system for the party which “made this election possible”.

According to De Battista, the system is full of checks and balances to ensure that no one tries to manipulate it. He said that what the Times was reporting is not possible. He also said that the report makes the PL employees look bad although either one of the two candidates would still need to work with them once elected.

In a statement released at 2pm, the PL’s Electoral Commission said that the alleged incident reported by The Times didn’t occur.

“The report contains a number of false assertions, including the allegation that canvassers of a candidate were inputting data. Not only did this alleged incident not occur but most importantly, the system is purposely designed so as not to allow for such a situation to happen.”

“The Labour Party’s Electoral Commission has always communicated its positions and its official replies to those persons who have requested a clarification or lodged an official complaint during the electoral process.”

The Electoral Commission said there were some “issues that were addressed during the process”.

It said that the process is a fair and diligent one.

“The processing of information in relation to voter eligibility is being done in accordance with the party’s statute and the rules agreed upon by the parties concerned.,” said the Commission.