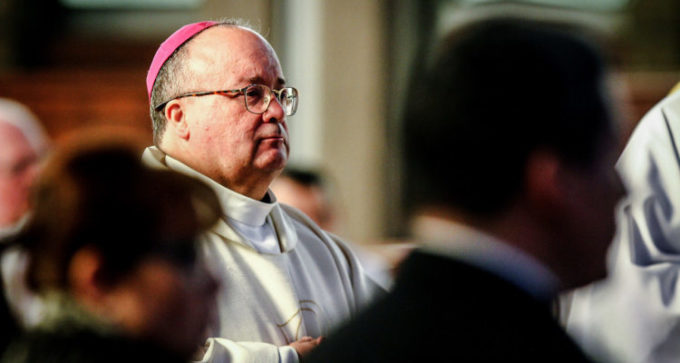 Pope Francis’ special envoy Archbishop Charles Scicluna and his right hand man Mgr Jordi Bertomeu will be leaving Chile today. They have been in this country whose religious fabric was torn asunder by abuse of minors by the clergy. The centre of the storm was the diocese of Osorno where Archbishop Scicluna was sent by personal mandate from the Pope to bring a healing mission.

A call to justice and the shouldering of responsibility

In his last day of this healing mission, Archbishop Scicluna continued with his meetings avross many strata of Chilean society, including four former seminarians and two bishops. These too had stories to tell and expressed the hope that justice will be done. They conveyed to Archbishop Scicluna the hope that the Church will shoulder its responsibility and will help in the healing process. The former seminarians particularly said that it had been them who had reported the abuse in the diocese of Valparaiso by Bishop Emeritus Gonzalo Duarte.

This meeting, held at the Apostolic Nunciature was attended also by Bishop Juan Ignazio Gonzales who is also the president of the Commission for the prevention of Abuse, and by the Archbishop of Santiago Riccardo Ezzati who is the President of the Chilean Episcopal Conference.

Call for the removal of Bishop Alejandro Goic from heading investigations

Earlier, Archbishop Scicluna heard various witnesses, most strikingly, Eliza Fernandez. Ms Fernandez had reported 14 members of the clergy in the diocese of Rancagua for abuse and improper behaviour in front ot minors and youths. These priests formed part of a secret group called ‘ La Familia’ (The Family). Fernandez asked Archbishop Scicluna to have Bishop Goic removed from heading investigations. She said that in the year and a half he had been investigating, he never actioned on any allegations and there was not faith in his ability to be transparent and just.

Prior to his departure, Archbishop Scicluna is expected to name the head of the office who will be receiving and investigating abuse allegations. This office will be housed near the the Apostolic nunciature in the Chilean capital, Santiago.

An apology in the name of Pope Francis

Archbishop Scicluna, during mass last Sunday, fell to his knees saying that the Pope had asked him to deliver his most heatfelt apology to al the people of Osorno for the hurt and offense he had caused. This Mass of Reconciliation took place in the Cathedral of St Matthew in Osorno.

Archbishop Scicluna thanked all those of good will who had retained their love for the Church and gladly took up the invitation to reconciliation.