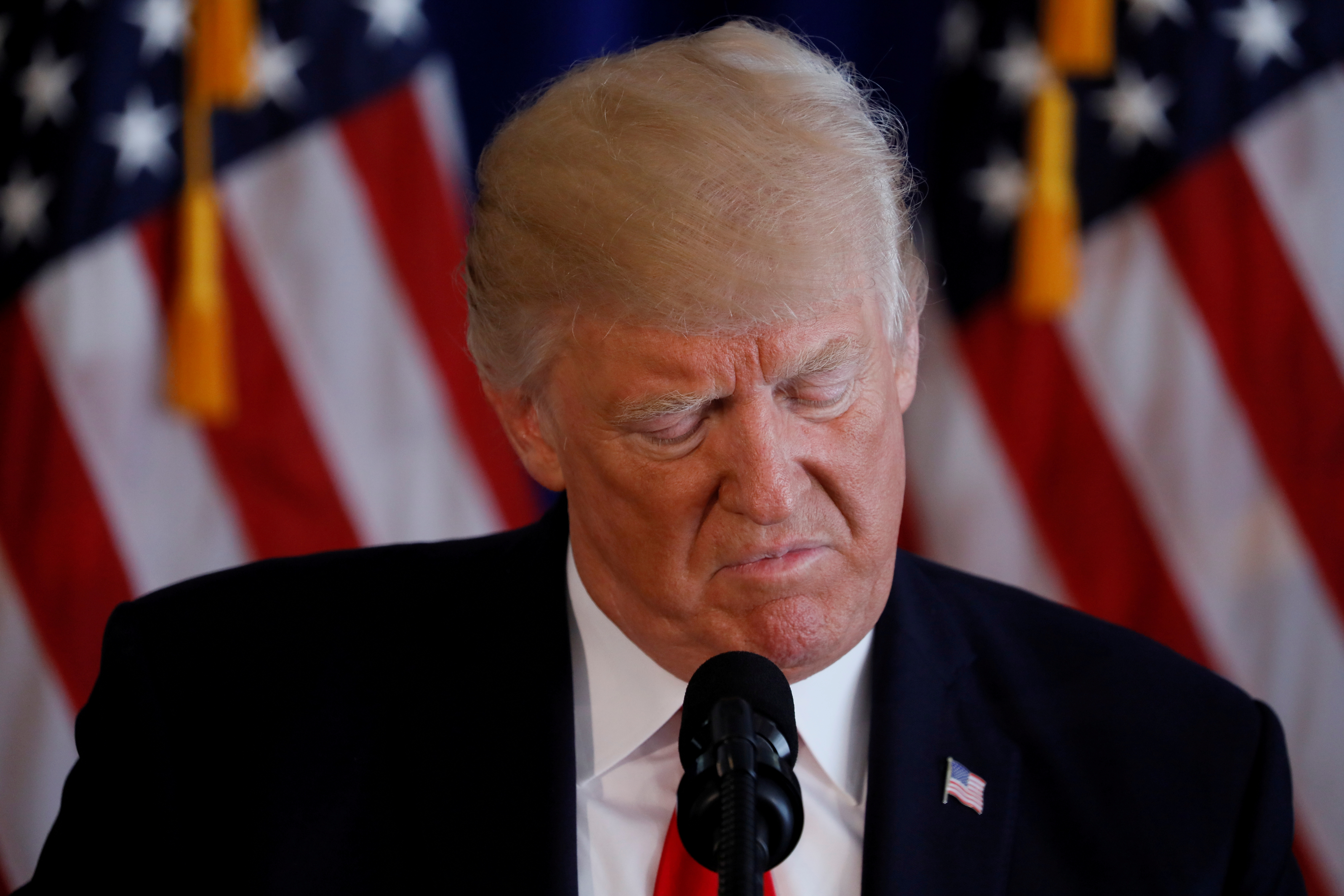 U.S. President Donald Trump said on Saturday he condemns “all types of racism and acts of violence,” appealing for unity ahead of the anniversary of a deadly white nationalist rally in Charlottesville, Virginia.

Trump drew strong criticism in the days after the Charlottesville rally last year for equating white supremacists with counter-protesters and saying “both sides” were to blame.

On Saturday, Trump wrote on Twitter that the “riots” in Charlottesville “resulted in senseless death and division. We must come together as a nation. I condemn all types of racism and acts of violence. Peace to ALL Americans!”

White nationalists held a “Unite the Right” rally in Charlottesville last year, billing it as a protest over the removal of a statue honouring a commander of the Confederate Army, the losing side in the U.S. Civil War.

Counter-protesters turned out to demonstrate against the rally. James Alex Fields, Jr. is charged with driving his car into a group of counter-protesters, killing 32-year-old Heather Heyer and injuring dozens of people. He has pleaded not guilty and his trial is set to begin in November.

The organizer of last year’s event, white nationalist Jason Kessler, was denied a permit in Charlottesville this year but has secured permission to hold a demonstration on Sunday in Washington, across the street from the White House.