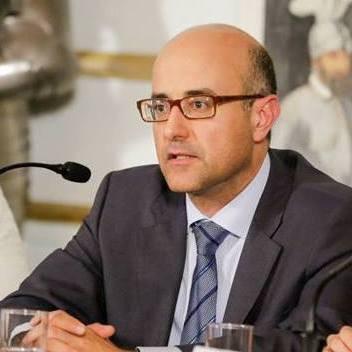 In Parliament yesterday evening I could not but vent my anger when speaking on the Adjournment about the multi-million euro scandal being thrust upon us by Robert Abela, by building a prefabricated hospital.

As Matthew Caruana Galizia rightly put it so bluntly yesterday: “The fact that we’re building a disposable hospital in Malta is not a source of pride but a source of shame. It’s not a sign of leadership, but a sign of Abela’s continued complicity in corruption, his continued willingness to cover up for his buddies by incinerating more of our money instead of incinerating the deal with Steward Healthcare and kicking these crooks out of our country for good. We’ve spent hundreds of millions of euros on one of the worst public healthcare deals ever heard of. A deal designed by our three kings of corruption: Muscat, Mizzi and Schembri.”

Even now, whilst writing these thoughts of mine, I am still being inundated with messages of people who listened to my Parliamentary intervention and are literally livid at this crass waste of money by Government.

Instead of taking back our 800 beds gathering dust in St Luke’s, Karin Grech and Gozo Hospital, which his own Government gave to unknown cronies hiding behind an offshore company registered in the other side of the world, Robert Abela opted to build a prefabricated hospital.

Instead of putting a stop to the €188,000 being paid DAILY to Steward for these three national medical assets, Robert Abela wants us taxpayers to foot the bill to build a prefabricated hospital.

Instead of taking possession of our three hospitals in this time of crisis by using the law his own Government enacted yesterday, giving him unfettered power to take over any immovable property or business under a draconian 1963 law, in times of national emergency, Robert Abela prefers frittering away millions so that a friend of the Labour Party gets richer.

Instead of planning more than 75 days ago for the need to have the grand total of 90 beds, which is the capacity of this prefabricated hospital, Robert Abela, under the guise of an emergency, on Tuesday issued a call for tenders giving businesses less than 48 hours to obtain a bank guarantee and submit a detailed plan, costed and with scores of subcontractors in tow, and tender for this hospital.

Now tell me: how come a German company based in Hessen, called Roder, was requested by TEC Ltd, more than TWO WEEKS AGO, to furnish this local company owned by a Labour Party crony, with a detailed quotation to bid for this hospital with inflated cubicles?

Jason Azzopardi is a PN MP