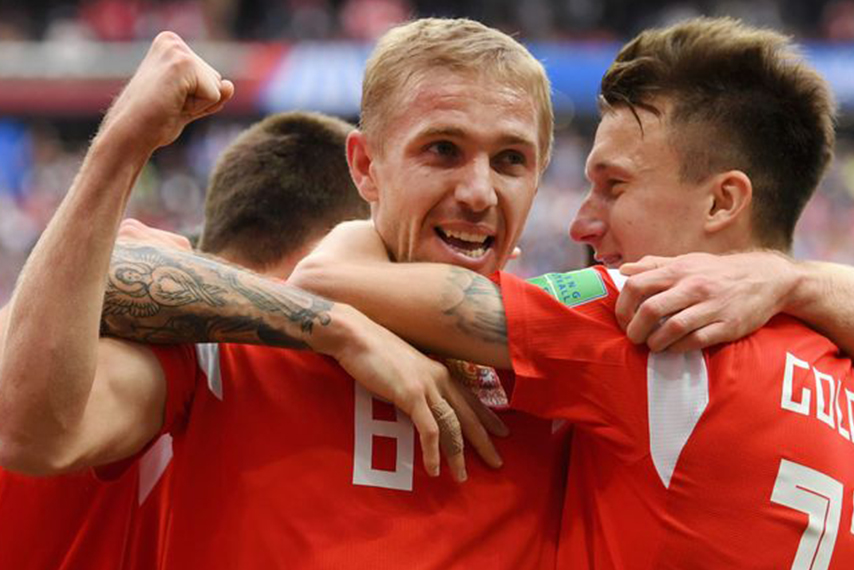 World Cup hosts Russia made the best possible start to their World Cup adventure with a 5-0 win over Saudi Arabia. Yury Gazinsky headed Russia ahead after 12 minutes before Denis Cheryshev added a second before half time.

Artem Dzyuba made it 3-0 in the 71st minute and Villareal’s Cheryshev scored his second of the game in injury time. However this wasn’t the end of Saudi Arabia’s misery as Aleksandr Golovin got on the scoresheet with a brilliant free kick.

Saudi Arabia dominated possession at times but made numerous tactical mistakes that cost them dearly. Russia will now face Egypt on June 19 and the African team are expected to provide a tougher test to the host nation.