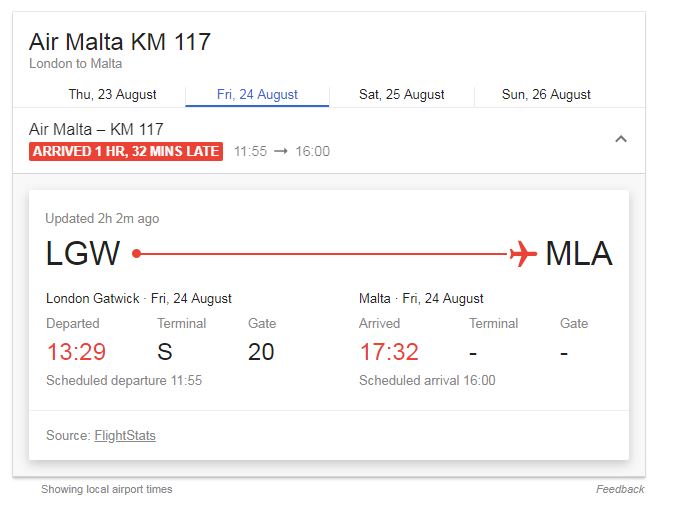 A number of Air Malta flights were either delayed or postponed.

The affected flights are:

The reason behind the delays is not yet known. Newsbook.com.mt tried contacting a spokesperson for the airlines however no reply was forthcoming by the time of writing.

Let us know if your flight was either delayed or postponed on info@newsbook.com.mt or by commenting beneath the article.

Autopsy in Malta following a death in Gozo General Hospital