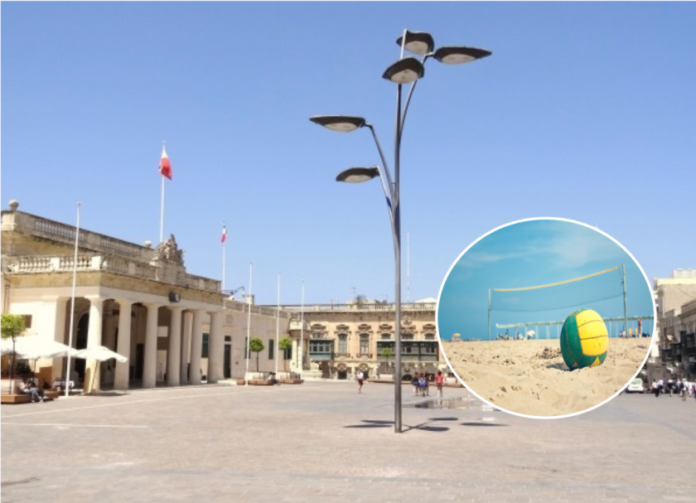 Only for a few days! The Algida Valletta Beach Volley in the City event is here and will run between tomorrow, the 17th, and 22nd July in St. George’s Square.

In the late afternoons, evenings and during the weekend, a national beach volleyball
tournament featuring the top teams in the Maltese Islands will take place. Mornings and early afternoons will be dedicated to demonstration games and fun games for the general
public.

The first edition of the Algida Valletta Beach Volley in the City 2018 event is organized by
the Valletta Volleyball Club, with the support of the Valletta 2018 Foundation, Malta
Tourism Authority, Sportmalta, the Malta Volleyball Association, the Valletta Local Council,
the Maltese Olympic Committee and Algida.