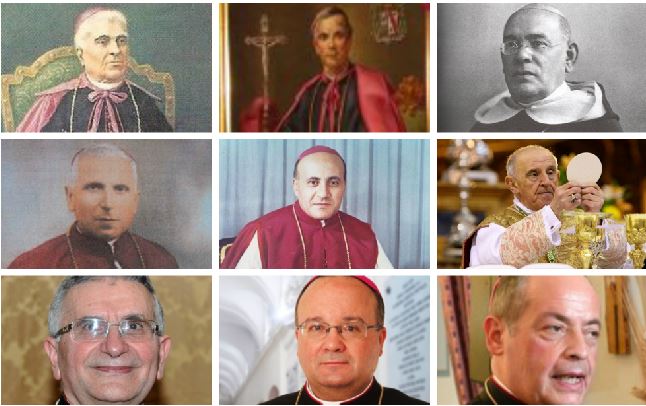 Diocesan Archivist and Historian Rev. Dr Nicholas Joseph Doublet told Newsbook.com.mt that since the beginning of the British Rule in Malta until today Malta has had nine auxiliary bishops, the ninth being Mgr Joseph Galea Curmi.

Salvatore Gaffiero (1828-1906) from Senglea,  was appointed auxiliary bishop by Archbishop Pietru Pace on 28th November 1898. He was assigned the titular see of Selymbria in Italy. On 15th January 1899, he was consecrated bishop by bishop Pietru Pace. He died on 8th  December 1906.

Paolo Rosario Farrugia (1836-1907) was Gozitan from the village of Xagħra. He was appointed auxiliary bishop by Archbishop Pietru Pace on 3rd June 1907 and assigned to the titular see of Hamatha in Syria. He was consecrated bishop on 7th July 1907 by Cardinal Rafael Merry del Val y Zulueta, however he died after 5 months.

Emanuele Galea (1891-1974) hailed from Senglea and was appointed auxiliary bishop by Archbishop Dom Mauro Caruana during the Second World War. He was assigned to the titular see of Tralles in asia. He was consecrated bishop on 5th July 1942 by Archbishop Mauro Caruana whi was assisted by Bishop Mikiel Gonzi. He was a long serving auxiliary bishop to Archbishop Gonzi and died on 21st August 1974. He was known for his holiness.

Emanuele Gerada (1920-2011) was first appointed auxiliary bishop to Archbishop Mikiel Gonzi on 15th February 1967 and was assigned to the titular see of Nomentum, Italy. He was later appointed as coadjutor on 6th April 1968. He was consecrated as a bishop on 18th June 1967 by Bishop Mikiel Gonzi. His mission in Malta came to an end when he was appointed as an Apostolic Nuncio to El Salvador on 8th November 1973.

Gużeppi Mercieca (1928-2016) came from Rabat, Gozo. He was appointed as auxiliary bishop on 20th July 1974 and assigned the titular see of Gemellae, Numidia. Bishop Mikiel Gonzi consecrated him bishop on 29th September 1974. Following Archbishop Gonzi’s resignation, Mercieca immediately succeeded him and became the Archbishop of the Maltese diocese. This was the first time when an auxiliary bishop succeeded an archbishop in this see. 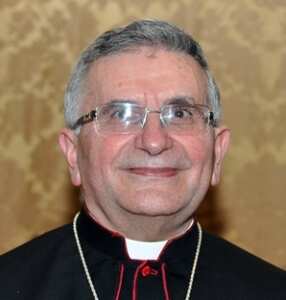 Watch: The Church is providing continuous support to people who are self-isolating

Watch: “No person should end up on the scrap heap of history”