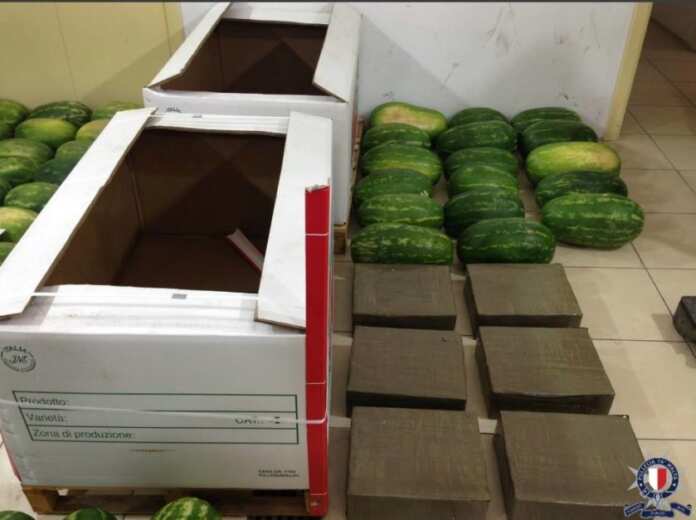 Two Sicilians and a Maltese, aged between 28 and 31, were not freed after they were arraigned in Court earlier today.

The 41-year old Sicilian man from Siracusa who lives in Birżebbugia pleaded not guilty, but did not ask for bail.

The second Sicilian man, the 30-year old fruit vendor from Francoforte, was arrested as he was unloading the watermelons in a garage in Luqa. The Court froze his assets. He also did not ask for bail.

The 28-year old Maltese man from San Gwann is under arrest for drug trafficking and for encouraging others to engage in criminal acts, as well as for unlicensed weapon possession.

The men tried to smuggle around 100kgs of cannabis leaves and 100kg of cannabis resin in packets hidden under melons, watermelons and other fruit. They were caught and arrested by members of the drug squad of the Police.

Thanks to the police this was a fruit cocktail that did not work!

This is one of the biggest cannabis operation by the police in a matter of weeks. Two men were arrested last month. They were carrying 84 kgs in a furniture van.