The President of the Union of Midwives and Nurses (MUMN), Paul Pace, described how a few parties led to 30 nurses and about four doctors being quarantined away from their families. Therefore, the MUMN is ready to impose directives on its members if the Government does not prohibit parties.

Pace was speaking at the Newsbook Hour program on Sunday afternoon where he said there are currently about 30 nurses and 4 doctors in quarantine due to the irresponsibility of the people who attended the parties.

With Jes Saliba on 103 Malta’s Heart, Pace spoke about the importance of social distancing, where he said that although due to the economy certain activities had to be reopened, they still kept their distance. He mentioned the example of restaurants where tables are being kept at a certain distance, but emphasised that other activities such as local feast marches cannot comply with these guidelines. 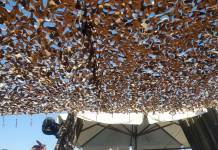 Social distancing in parties is “laughable“

He remarked that the Government did well to stop these marches, but noted that in regards to parties, the Government simply imposed a rule of 10 people for each group. He described this policy as laughable since it cannot be maintained and regulated.

Pace cited the example of Spain, where he said mentioned that entire regions had to be closed off again, and other countries such as the United Kingdom imposed anti-travel rules for these regions. He explained that if rules are imposed against travel to Malta, the tourism sector is expected to suffer.

The MUMN’s President concluded by stating that health workers are ready to give their vital service but appealed to the public not to abuse by going to parties.

Today, the Medical Association of Malta (MAM) listed 12 directives for doctors which are expected to enter into force on Monday 3 August. 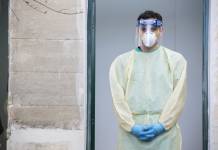 Watch: Abela and Grech – real change or more of the...