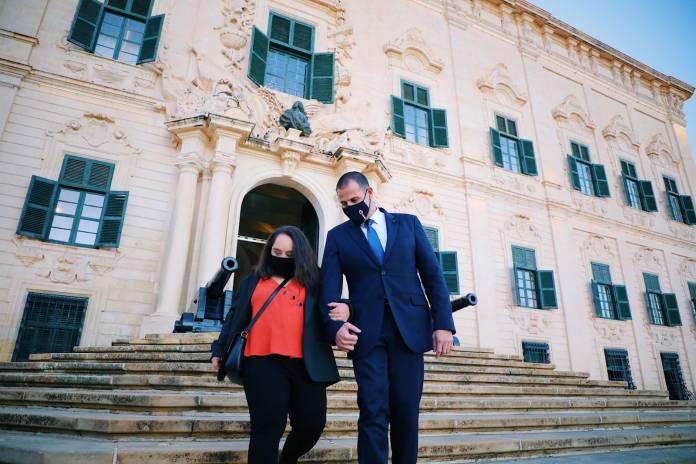 For Naomi Pace Gasan, yesterday was a day slightly different from her usual days. She had the possibility to shadow the Prime Minister throughout his workday even attending parliament on the eve of the International Day for Persons with Disabilities.

Naomi too is slightly different. She is a bright young woman with Down’s Syndrome who sees a future for herself in the job market. Naomi is a student completing her studies and participating in Erasmus projects. Very active by nature, Naomi is a  member of the Malta Down Syndrome Society.

When she interviewed the Prime Minster,  Abela declared, ‘I not only hope you find a job, I want you to find a job.’ Abela also re-affirmed his commitment to creating opportunities for all.

Expressing his satisfaction at being able to share his day with Naomi, Prime Minister Abela said that  spending with the young woman gave him better understanding of the potential of persons with disabilities. According to a comment by Prime Minister Abela during a local breakfast radio show, he had a hard task to convince her that politics is nice since she admitted to him that she’s not that keen on the subject.

WHO’s 2020 theme for the International day for persons with Disability is ‘Not all Disabilities are Visible’ and is focusing  awareness and understanding on disabilities that are not immediately apparent, such as mental illness, chronic pain or fatigue, sight or hearing impairments, diabetes, brain injuries, neurological disorders, learning differences and cognitive dysfunctions, among others.