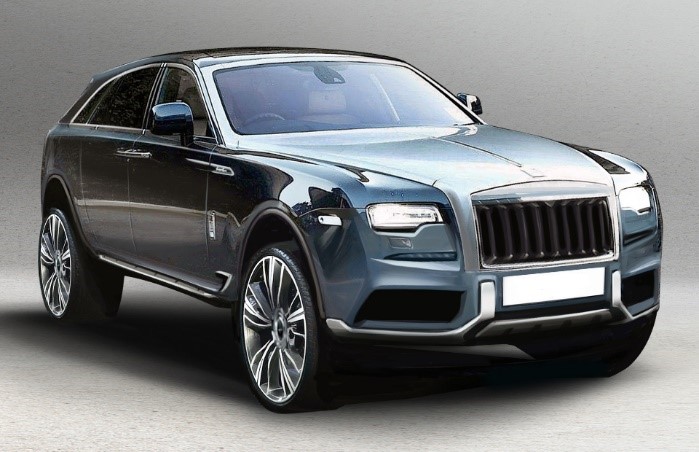 Rolls-Royce is launching its first ever SUV. The Cullinan is described as a contemporary and functional design to compete in what the luxury carmaker calls “an increasingly bland SUV market.” But, it’s high price tag might put some customers off. You may need to be a film star to afford a new one…The Cullinan’s starting price is £210,000 – and that’s before taxes, delivery charges and bespoke extras

Mixing opulent luxury… with extreme off-road capabilities and responding to customer requests for “The Rolls-Royce of SUVs” The Cullinan is named after the biggest diamond ever found.

“The ultra high-net worth individuals worldwide are getting younger and younger and younger. They are all in what I would call a more relaxed casual kind of lifestyle and that caters very well with the nature of these cars,” said Thorsten Muller-Otvos, CEO of Rolls-Royce Motor Cars.

Cullinan offers bespoke features for some of the world’s wealthiest passengers including an opening tailgate known as “The Clasp”.

“It harks back to the 20s when many of our grand tourers had the luggage pinned on the outside of the vehicle. Our luxury patrons would never travel with their luggage. So we’ve actually defined a screen that seals this luxurious cockpit away from the utility of the boot,” said Giles Taylor, Design Director at Rolls Royce Motor Cars.

It also features a drinks cabinet with whisky glasses and decanter as well as champagne flutes and refrigerator. But the Cullinan can plough through several inches of water and deep snow as well as navigate across shifting sand dunes.

The global SUV market continues to boom and the number of new models vying for a share is growing even faster threatening the healthy profits many automakers have enjoyed. Rolls-Royce, which is part of the BMW group, is relatively late to the SUV scene although many of its original vehicles were for cross-country use (Reuters)