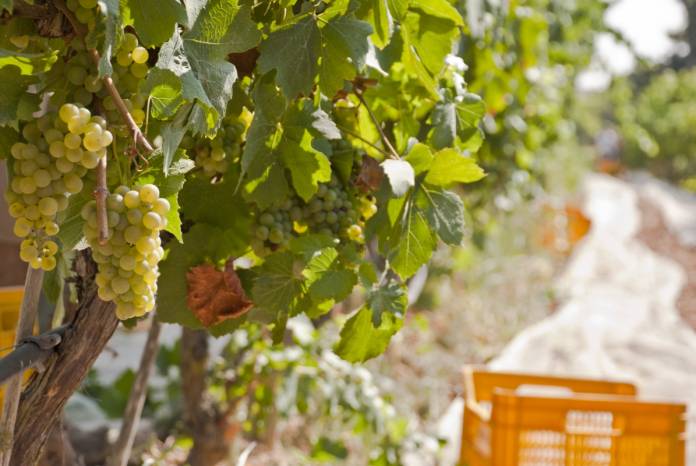 A press conference, led by Marsovin CEO Jeremy Cassar and held at the Marnisi Wine Estate in Marsaxlokk, addressed the outlook for this 2020 vintage, the effects of a mild winter and very low precipitation, as well as current and future challenges in the local wine industry.

No year is identical in the vineyard

The ‘agriculture year’ started off on the right track with abundant autumn rainfall (2019), however from the second week of January 2020 all through the year up to the grape harvest very little to no rainfall was recorded, with the exception of two episodes in May and June, which in certain areas, caused more harm than benefit. A hailstorm late in May caused havoc in the area known as Wied ta l-Isqof, where up to 75% of the grapes were lost in some vineyards located in the area.

Precipitation levels were as low as 360mm between September 2019 to date most of which took place in the non-vegetative period (i.e) September to December 2019. The bulk of the old traditional non-irrigated indigenous Girgentina and Ġellewża vines once again were affected by the excessive drought conditions, with older vineyards suffering a considerable decline in production due to water stress, and in some cases resulting in the death of the vines.

The colder than average winter months of 2019 lead to the latest grape harvest on record last year resulting in grape bunches not reaching full maturity; on the contrary to the previous year 2020 had relatively warm winter months which impedes abundant vine fertility in turn leading to lower yields.

All the above adversities together with the general ageing of the vineyards resulted in a reduction of 5% grape produce over the record low year of 2019, or about 25% lower than the average crop yield.

Good maturity levels due to the relatively warm weather in late winter/beginning spring resulted in early budburst, which in conjunction with consistent summer temperature of around 32/33°C ensured a long progressive gradual maturation resulting in high natural sugar levels.

An excessively dry, ventilated spring and summer, minimised grape fungal diseases such as Downey mildew and Botrytis, thus ensuring a healthy grape sanitary state. This allows for longer maturation periods as the grapes could be left longer on the vines resulting in higher concentration of aromas.

Somewhat rather unusual during the summer period were the temperature variations between day and nights which were relatively high. This causes above average acidities (normally natural grape acidity is low due to excessive heat), thus resulting in fresher white wines and more balanced red wines.

Main challenges being faced by farmers

The bulk of ‘modern’ trellised vineyards in Malta were planted between 2004 and 2006. Under Malta’s climate conditions most vineyards are economically viable for around 20 to 25 years. Therefore in the near future old vines need to be replaced with new vines and financial assistance in the form of EU/National funding would definitely help.

Unlike the general perception, farmers with an adequate land area have a decent above average income. However, the few young farmers who would like to focus on Agriculture/Viticulture find it impossible to obtain more land to till. Such issues is turning agriculture in Malta into a part time hobby, rendering it economically nonviable.

One of the highest paid EU subsidy in agriculture (referred to among farmers as tal-qamh), is a scheme whereby farmers are encouraged not to till their land in summer. Therefore anyone with agriculture land which is not tilled, used for production of fodder, or simply tilled once a year in winter and not used productively receives around Euro 213/tu. This is encouraging land tenants/owners to hold tight to their land without being productive and reducing any chances of new young farmers to find more land to use productively.

In conclusion, although this was a challenging year due to Covid-19, Marsovin has nonetheless guaranteed the purchase of all grapes delivered to the winery and maintained the same high grape prices of 2019.