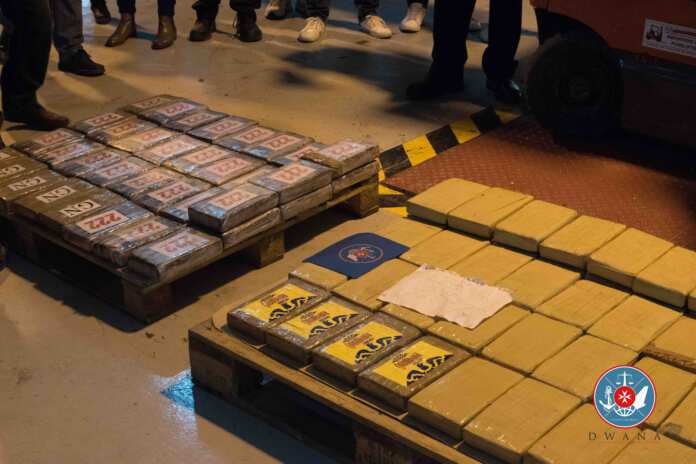 Customs Officials seized 90kgs of cocaine in two separate containers. In a statement, Customs said that the drugs have an estimated value of almost €10 million. The two containers were on route to Thessaloniki in Greece from Ecuador, carrying bananas.

Customs said that whoever attempted to get the drugs to Malta used the same method of small packets within larger packets in the containers’ Air Conditioning system.

The scanning department made the first discovery in the early hours of the morning with 35 packets of cocaine valued at €4.72 million. Later on during the day, the second container was found with 40 packets valued at €5 million.

Monique Agius   November 20, 2020
The MIA meteorological office announced that thundery showers are forecast for the coming days and temperatures are expected range between 14°C and 19°C.