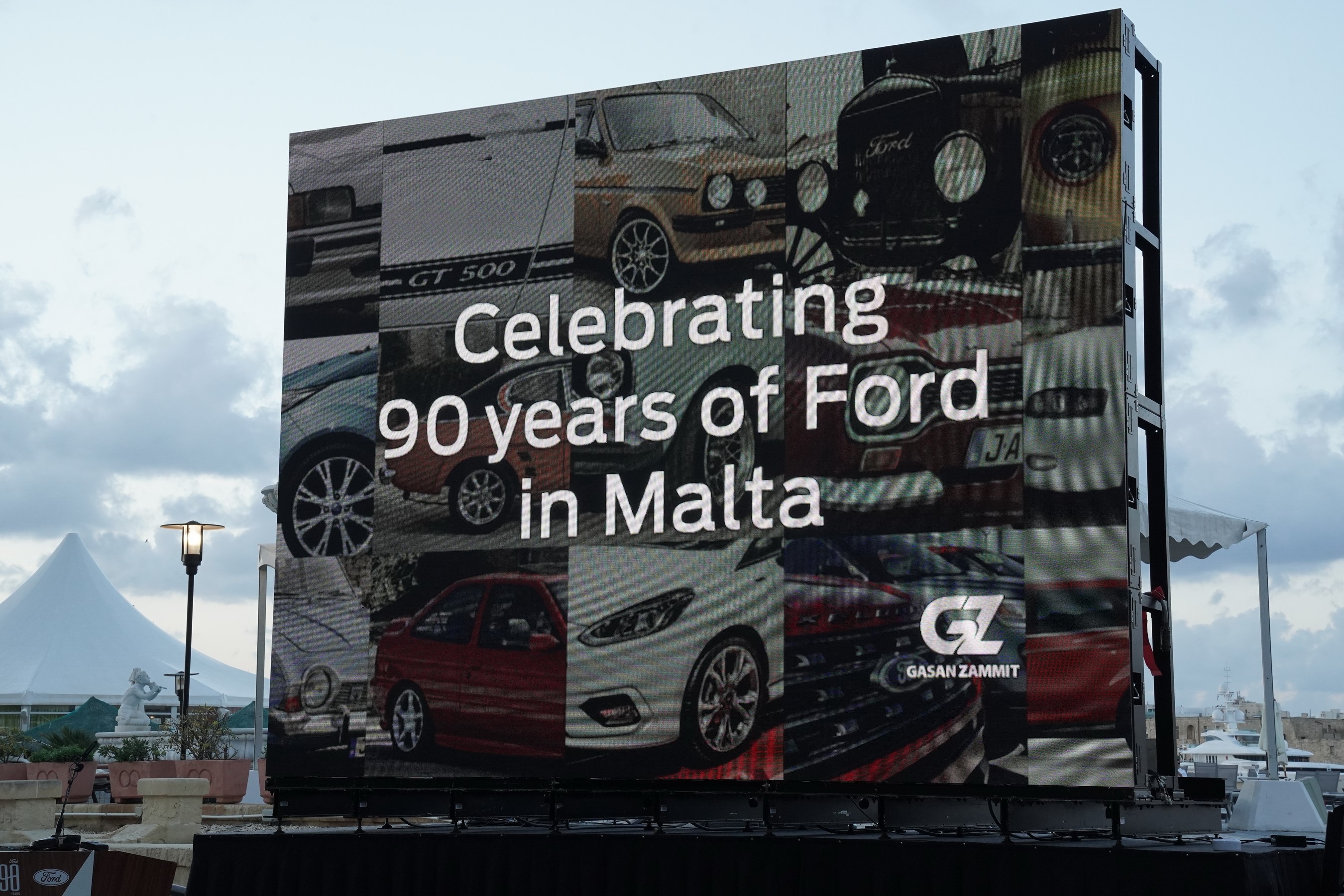 GasanZammit Motors Ltd recently celebrated the 90th anniversary of the Ford dealership in Malta, marking this historic date with an elegant affair at the Grand Hotel Excelsior, in Floriana. The event was attended by the Prime Minister Dr Joseph Muscat, as well as a host of local and international distinguished guests, among them a contingency of Ford representatives who also attended the annual general meeting of Ford for Central and Eastern Europe held at the hotel the following day.

Guests were welcomed by Ms. Carolyn Zammit, director for marketing for GasanZammit who thanked all present for attending before introducing Gasan Group chairman Mr. Joe Gasan. In his speech Mr. Gasan referred to the significance of the date as the very day 90 years ago  his father signed one of the first concessionaire agreements for the Ford Motor Company outside the U.S.A with Henry Ford himself and the long and successful business relationship that followed.

“With countless Ford models launched successfully in Malta, changing technologies and shifting trends over the decades, The Ford – Gasan connection is amongst the greatest influences that has essentially put Malta on wheels over the years,” he added before going on to talk about the successful merger with the Zammit Group six years ago. His speech was followed by a recorded message from Mr. Steven Armstrong, Ford Motor Company Vice President Sales for Europe and a closing message from the Prime Minister. Following all the speeches, guests were then treated to an outstanding performance by popular local band The Travellers and a pop-up exhibition of a number of vintage Ford cards generously donated by their owners for this evening.

Over the past decades GasanZammit has established itself as a leader within the automotive, marine and motorcycle sectors in Malta, offering a wide range of internationally-renowned brands, including Ford.

Equality or Inequality? Discrimination or equity?

Chris Vella   August 11, 2020
Chris Vella is Coordinator of Drachma LGBTI, Co-Chair of the Global Network of Rainbow Catholics, and lecturer at the University of Malta Junior College.