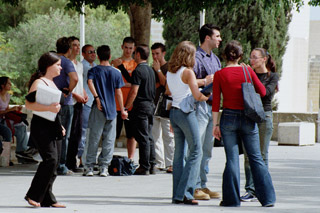 Tertiary-level graduates totalled 4,146 during the academic year 2017-2018, equivalent to a decrease of 9.5% over the previous academic year.

This data was published by the National Statistics Office, NSO which gives an overview of the graduate students during the academic year 2017-2018

For the academic year 2017-2018 the largest share of tertiary graduates, 57.5%,  attained the first-degree qualification at ISCED level 6, Bachelor’s or equivalent.

This was followed by 32.1% t of total graduates who attained their qualification at ISCED Level 7 which is Master’s or equivalent. The majority of tertiary graduates, 55.7% were females, surpassing males in all levels of tertiary education.

John Paul Cordina   October 31, 2020
A Greek Orthodox priest has been seriously injured in a shooting that took place in the French city of Lyon, French media are reporting.