During the last scholastic year, 2018-2019, there were 26,468 students registered within state schools out of which 887 were absent on a regular basis and without medical or any other reasons provided to the school.

This information was presented in Parliament by Education Minister Owen Bonnici in reply to a parliamentary question by PN MP Therese Comodini Cachia. 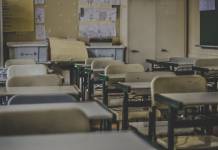 Therese Comodini Cachia has also asked the Education Minister to confirm if a study on the system of continuous assessment in schools and how this is affecting students is being conducted and if yes what are the conclusions of the study.

Minister Owen Bonnici said that the system whereby students are assessed by teachers during the scholastic year was implemented only two years ago and the studies are still underway. Therefore, the conclusions will be published when the full implementation of the system is affected, replied Minister Bonnici.

Govt prepares framework for the re-opening of educational institutions

Monique Agius   June 5, 2020
Malta's economic growth is expected to be "severely affected" by the outbreak of coronavirus and the containment measures imposed by the governments worldwide to stem the spread of the virus, the Central Bank of Malta said on Friday.

Reuters   June 3, 2020
The malaria drug promoted by U.S. President Donald Trump as a treatment for COVID-19 was shown to be ineffective in preventing infection in people exposed to the coronavirus, according to a widely anticipated clinical trial released on Wednesday.

Watch: Għanafest as you have never seen it before – online

Coryse Borg   June 4, 2020
After a brief hiatus, Newsbook.com.mt‘s online cultural programme ‘Take a Bow‘ is back.

Thumbs down by Local Councils and NGOs to revised DB Group...

June 5, 2020
We use cookies to ensure that we give you the best experience on our website. If you continue to use this site we will assume that you are happy with it.OkCookies Policy