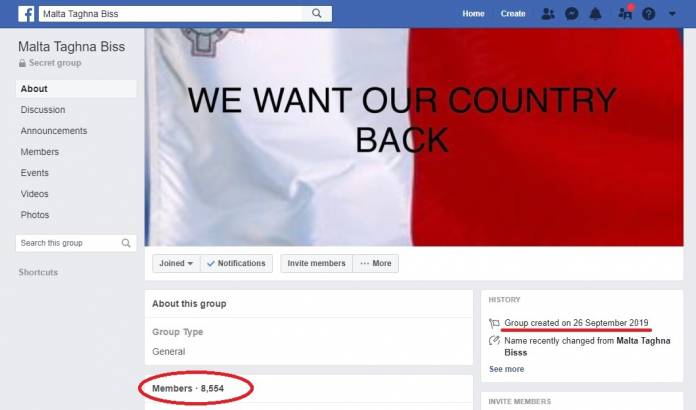 Over 8,000 individuals have joined a secret Facebook group named ‘Malta Tagħna Biss’ in less than 48 hours. It also appears that the organisers are trying to organise a protest in Valletta in the coming weeks. This protest seems to be aimed at migrants. Prominent and comments refer to Norman Lowell the leader of the Imperium Europa, former deputy Italian Prime Minister Matteo Salvini , US President Donald Trump and “Malta lura għand il-Maltin” (Malta back to the Maltese).

Jesmond Saliba   February 18, 2020
EU ships will hail and inspect suspicious vessels in the eastern Mediterranean, where most arms smuggling takes place, away from migrant routes.