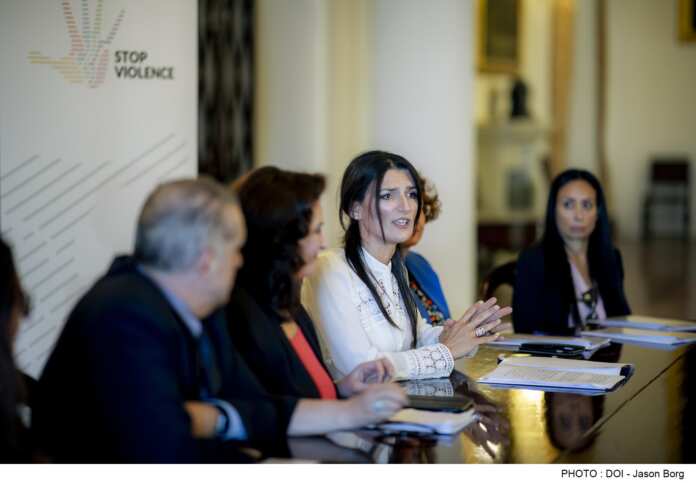 The Full Cooperation – Zero Violence project was established so that 800 professionals from every aspect of society can acquire knowledge on how to deal with victims of domestic violence.

This project is collaboration between the Commissioner for Domestic Violence for Domestic Violence, Aġenzija Appoġġ and the Police force and other participating entities. Social workers, psychologists, nurses, doctors, lawyer’s members of the judiciary body and police officers are taking part in the training sessions which illustrated the tools available to assist victims of domestic violence.

This project also saw the endorsement of a memorandum of understanding between the Foundation for Social Services and the Department for Student services and the framework for an interagency protocol focusing on adults between Aġenzija Appoġġ and the Police Corps.

One in three women in Europe experience domestic violence

During the launch of the ’16 days of activism against gender-based violence’ campaign Minister Helena Dalli explained that a third of the European female population has experienced domestic or gender related violence.

The International campaign will start on the 25th of November. The Commissioner for Domestic and Gender related Violence Simone Cini said that the media is a very important tool however one has to be careful of sensationalising issues as they might backfire. She also said there is the need for more education and for laws to be more effective.

Maria Webb   January 25, 2020
Opposition Leader Adrian Delia stated that it is not enough to terminate Adrian Hillman’s contract as a result of money laundering, but that Minister Silvio Schembri must be investigated. This is because Schembri had awarded him the contract in the first place.