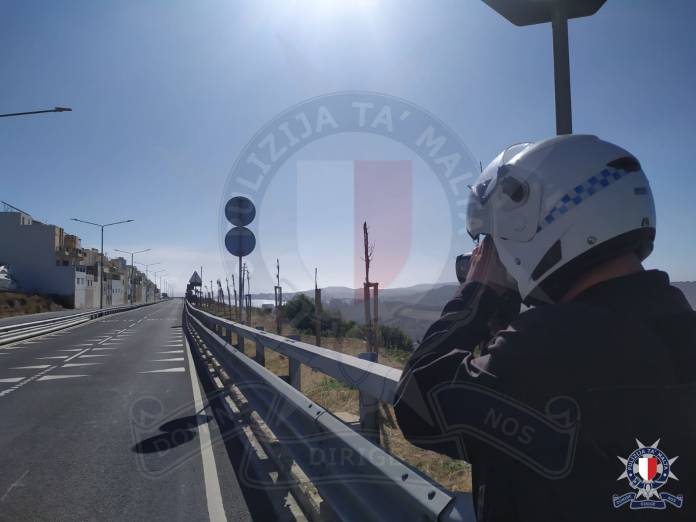 Eighty people were fined for speeding in just four hours as part of the police’s ongoing surveillance of the Maltese roads.

The police said in a statement they conducted operations on the Mellieħa Bypass and on two spots at the Coast Road.

It said that on the Mellieħa Bypass alone a total of 33 tickets were issued for overspeeding where the speed limit is 60 kilometres per hour. One particular vehicle reached 132 km per hour.

On the Coast Road, near Salini, 15 citations were given, and the highest registered speed was 94 km/h.

On the Coast Road near Bahar ic-Caghaq, another 32 citations were given, with the highest speed registered being 143 km/h.