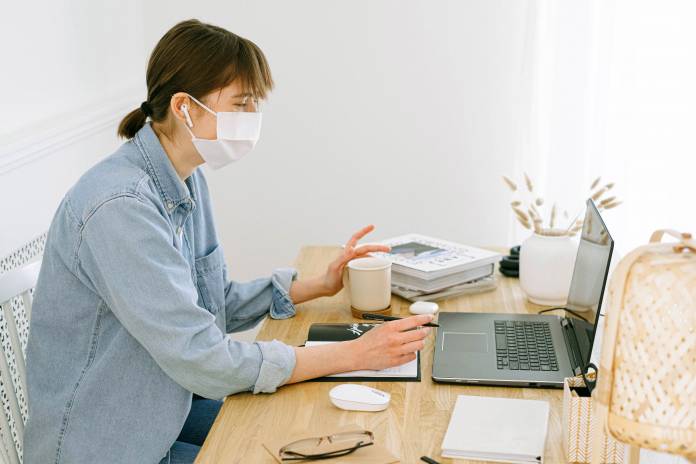 While for 31% of the Maltese workforce, COVID-19 resulted in a reduction in hours or absence from work, 7% experienced an increase in hours. These 7% averaged 48 hours per week during the month of April.

These statistics were published by the National Statistics Office (NSO). A labour force survey (LFS) was issued, which is a household-based survey used as a monitoring tool for assessing progress made in various spheres of the labour market and social statistics across the European Union.

COVID-19 had an impact on the distribution of working time, in that three out of every ten persons experienced a reduction in the number of working hours during April. Furthermore, April saw 17% working less hours than usual, when compared to March (9%). A further 14% were not working but still had a job.

The average hours worked per week in 2019 were 37 hours. However, during the last two weeks of March 2020, employees were only averaging 23 hours a week, while April saw an average of 29 hours a week. Furthermore, this decrease in work hours was largely due to COVID-19, with the primary reason being slack work. 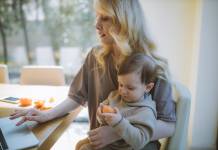 Prior to COVID-19, only 12% of all employed persons were working from home. However, this increased to 33% in the last two weeks of March, and the same percentage was upheld during April. 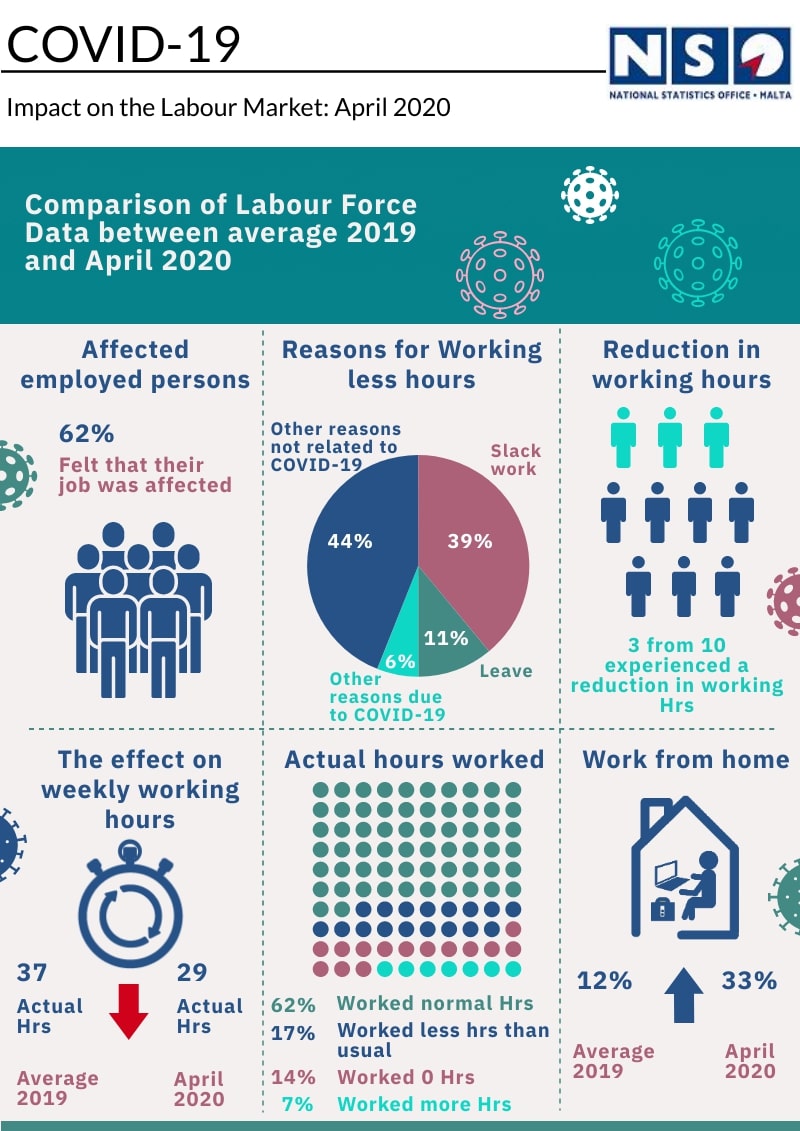