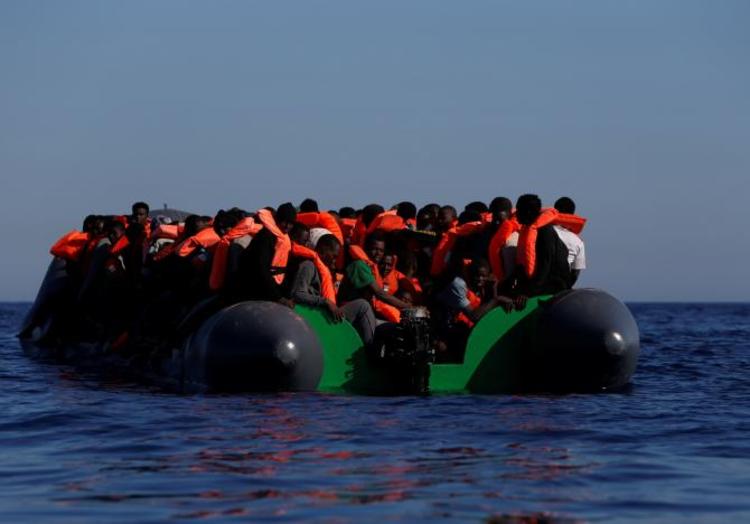 63 people are missing and believed to be dead after a boat overturned off the coast of Libya. This was announced by the United Nations High Commissioner for Refugees in Libya using a Twitter post. 41 other migrants were saved from drowning by the Libyan Coast Guard near Zwara.

Ayob Amr Ghasem, from the Libyan Navy, confirmed to the ANSA news agency the boat had overturned and said that people surely drowned as several boats left from Libya, which was a in a critical condition.

The Libyan Coast Guard seized two dinghies off the Libyan coast on which there were 220 migrants. The first operation took place between Saturday and Sunday, where 115 immigrants were rescued, including 10 women and two children.

204 migrants died after drowning this week

According to the Director of Emergencies and the United Nations Operations this week 204 people drowned while 57 people were rescued and another 10,000 people were returned to Libya by the Libyan Coast Guard. Since the beginning of the year around 1,000 people died in the central Mediterranean.

The grim statistics off Libya so far this week: 204 dead at sea, 57 survivors, 10,000 returned to Libya this year by Libya Coast Guards and almost 1,000 deaths in the central Mediterranean route since the start of the year. How much worse should it get? pic.twitter.com/7lrNVF9z2x

According to Othman Belbeisi, Head of the International Organisation for Migration said that the number of deaths off the Libyan coast is an alarming one. He said that those who transport people from one place to another and are exploiting the desperation Libyan people will get further crackdown on sea crossings in Central Mediterranean.