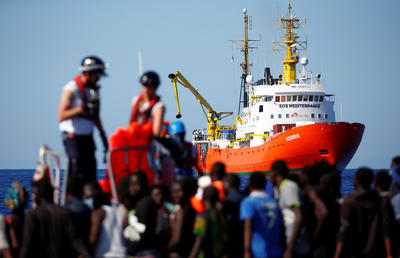 A Euronews journalist argued that there are great dangers for all those on board the ship
Aquarius, if the proposed route is taken.

Yesterday, Spain offered to take the migrants on board the ship Aquarius currently located
between Sicily and Malta around 55km away from Malta.

629 immigrants were rescued between Saturday and Sunday in six separate rescue
operations. Aquarius is registered in Gibraltar.

According to France’s SOS Mediterranee, the journey to Spain, which will take between
three to five days, is not safe for the ship, the crew or the people who have been saved.
The journalist explained that the storm will worsen as time passes.