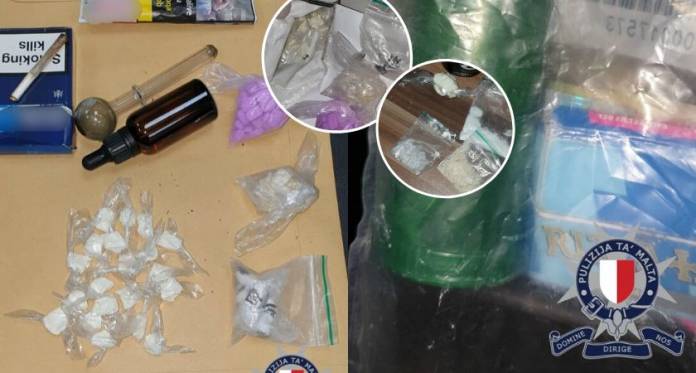 Six individuals were arrested on the night between Saturday and Sunday. The arrests took place close to nightclub in San Ġwann.

The six individuals, five men and a woman are aged between 18 and 28 years old, and are from Fgura, Ħamrun, Ħad-Dingli, and Ħal Qormi.

Police Officers from the Drug Squad found that the youths had ecstasy, cannabis, cocaine and LSD in their possession.

The six youths are being investigated on charges related to drug possession in circumstances which show that it was not for their personal use.

A police investigation is ongoing.