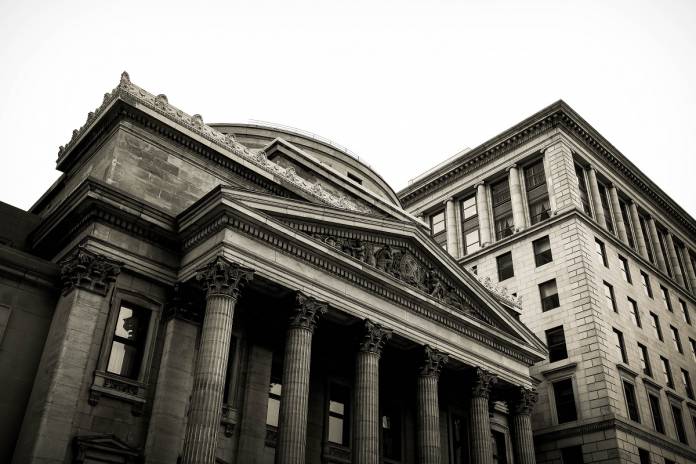 A global network of economics students are calling on their universities to give them a real-world education on banking.

Brought together by the international Rethinking Economics network, the Rethinking the Role of Banks in Economics Education campaign has spread to 27 universities across 11 countries. It is supported by 57 economists and organisations who have signed an open letter published today.

The open letter’s signatories include renowned international economists Kate Raworth (author, Doughnut Economics), Steve Keen (author, Can We Avoid Another Financial Crisis?) and organisations Positive Money and Finance Watch. A full list of signatories is included in the letter, attached below.

Today’s letter states that around the world, universities teach outdated banking theories “without balance or regard for existing evidence on the financial sector.” It continues, “Today’s economics students will become the policy-makers, economic influencers, politicians, financiers and business leaders of the future. To create stable and productive economies globally, they must have a real-world understanding of banks and money creation.”

The student campaign launched in October around the world. Students from 27 universities across 11 countries have joined the Rethinking the Role of Banks in Economics Education campaign, which began at the University of Maastricht, Netherlands, where students wrote to their lecturers arguing for a change in their curriculum.

Their call has since been taken up by students from UK, Nigeria, Canada, and across Europe, including Malta were students delivered their letter to the office door of their department head. They are united behind a desire for an education which is real-world, critical and pluralist.

The problem the letters are addressing

Most economics departments teach the outdated theory that banks move money between lenders and borrowers, acting solely as an intermediary. But, the open letter explains, the overwhelming research consensus is that “banks are not intermediaries.” Instead, “Commercial banks create the vast majority of money in circulation” and “‘invent’ the money by crediting the borrower’s account.”

Not only does this reality contradict the taught theories in most textbooks, it also has “enormous” real world implications. The open letter explains that “commercial banks also determine where money is directed in the economy. Around 80% of new money created in countries like the US and UK currently goes towards existing property and financial markets, rather than the ‘real’ or productive economy, leading to soaring house and land prices, and housing crises. In the Global South, 33 major global banks poured $1.9 trillion into fossil fuels since the 2015 Paris Climate Agreement, directly influencing the trajectory of economies that will be hit first and hardest by climate change.”

The letter continues: “Yet, in an overwhelming number of cases, economics textbooks and courses do not teach this to the economists of tomorrow.”

This call is timely. Mervyn King, former governor of Bank of England said last month that we are “sleepwalking” into another world economic crisis. One of the causes of the 2008 Financial Crash was a failure to understand how banks create and destroy money, which led to devastatingly faulty analysis of the economic situation, with far-reaching consequences.

Maurice Höfgen, PINE Maastricht and author of the initial letter: “Living in a highly financialised economy with complex challenges ahead of us, economics graduates need to be equipped with a proper understanding of our monetary system. As our current curricula fail to do so, we students demand a change. Under the head of Rethinking Economics, critical-thinking and curious students from all over the world have joined this effort. I have genuine hope that this campaign can change our discipline for the better.”

Marla Schiefeling, PINE Maastricht: “It’s not only about scientific standards, but about questions of human development and prosperity. If we get essential theories wrong, as those about the nature of money, we cannot improve either.”

Nicole Meilak, RE Malta, one of the students who handed their letter to their head of department: “Banks are an incredibly important part of our economy – it doesn’t make sense to teach flawed banking theories, especially without ever delving into its critiques or acknowledging the existence of other theories. We joined this campaign because students deserve an economics curriculum that depicts real-world practices.”

Rethinking Economics is an international network of students, academics and professionals building a better economics in society and the classroom. Through a mixture of campaigning, events and engaging projects, Rethinking Economics connects people globally to discuss and enact the change needed for the future of economics, and to propel the vital debate on what economics is today.