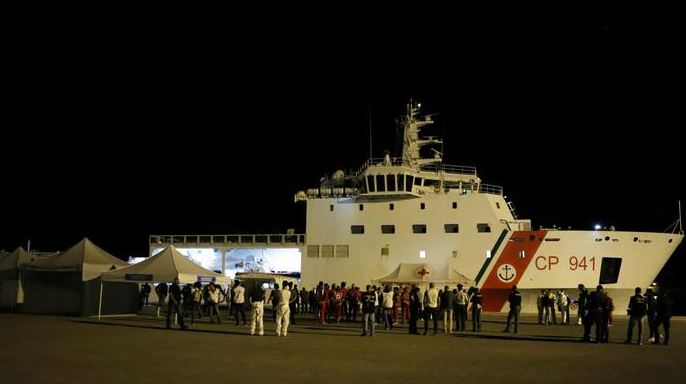 Another 519 people who were aboard the ship Diciotti arrived in Porto Pozzallo, with the help of he Italian Guardia Costiera, after spending seven days at sea.

10 migrants arrived in the afternoon after the medical evacuation of six children, three women and a 21-year-old man. Doctors confirmed that the man, whose corpse was taken immediately to the mortuary for legal medical examination, died due to drowning. According to witnesses on the ship, the Nigerian victim was very sick and was crossing the sea alone.

The first to come down from the Italian ship were 30 women who are expecting a baby and they were taken the nearest hospital in Ragusa.