Gozo Minister Clint Camilleri announced that around 500 cars were refused entry into Gozo in the past two days.

On Facebook, Camilleri said that the Gozo Channel officials kept around 500 cars from taking the ferry as after they had been screened, their trip was considered as unnecessary.

He urged the public to cooperate.

Among the directives issued by the Government, unnecessary trips between Malta and Gozo have been forbidden to control the outbreak of coronavirus.

There have been several coronavirus cases registered in Gozo, including the first death. Two of the cases announced today are in Gozo.

The health authorities appeal to the public to stay home on a daily basis. Their appeal is that people should only leave their house for the essentials.

In spite of this, a number of people seem to have travelled to Gozo “for holiday” this weekend. Informed sources have told us that the checks being done are not being done as should be. For these checks to be effective, they should be done by the police, according to these sources. Apparently the people checking those making their way to Gozo do not ask for details, so everyone attempting to go to the sister island alleged that they’re travelling for work or that they live in Gozo. However, Gozitans who crossed over to Malta have claimed that they have been asked for their ID card.

Stringent control required on those crossing over to Gozo 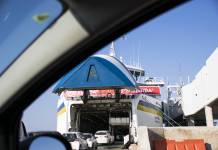